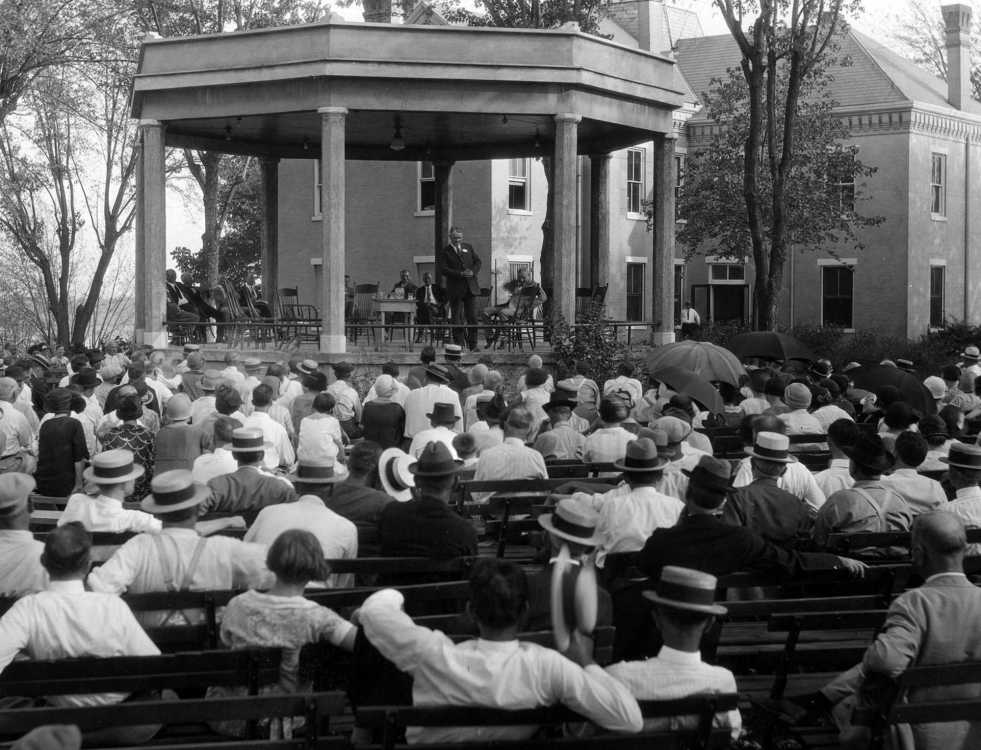 Known as a gazebo today, the structure was built as a bandstand in 1913 and has been altered over the years.

In 1931, Girardeans marked the death of Dr. C.E. Schuchert, who was director of the Cape Girardeau Municipal Band from 1919 to 1930, with the dedication of a bronze tablet at the bandstand.

A platform was constructed on the band stand at Courthouse Park today for use of the Municipal Band in its first concert of the season Wednesday night. This platform will raise the band about 8 inches above the floor of the stand, making the members more visible to the crowd attending concerts.