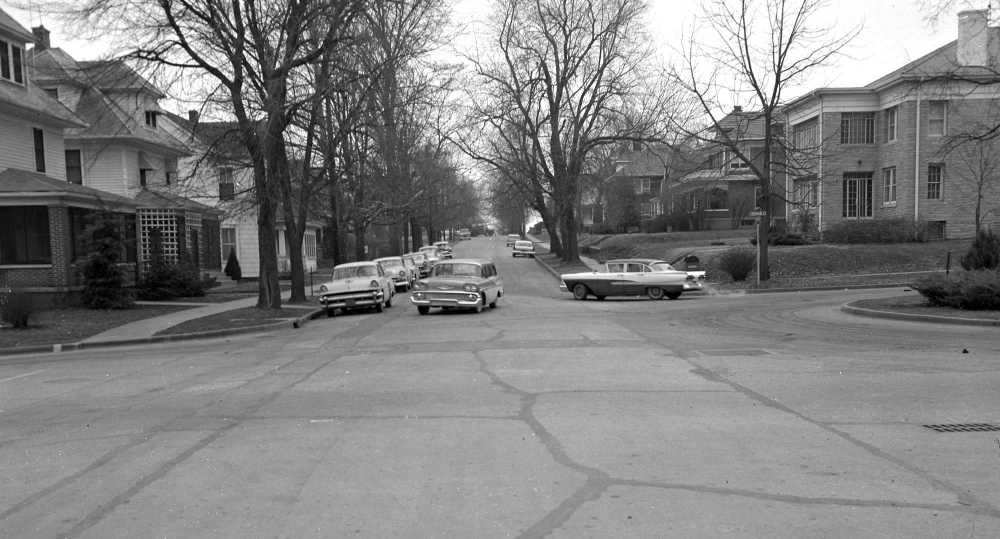 This photo by G.D. Fronabarger is looking south on Pacific Avenue from Normal Avenue with the Baptist Student Center on the right.

A house is visible on the left side where the Grauel Building would be built in 1966 as the language arts building at Southeast Missouri State College. Named for Harold O. Grauel, a longtime English professor responsible for SEMO's journalism program, it now houses the English and Communications Departments of the College of Liberal Arts.

The Dr. H.O. Grauel Memorial Lecture was established on campus in 1996 in tribute to the late Southeast scholar. Grauel taught at Southeast from 1928 to 1971, having chaired the Department of English for many years, in addition to heading the division of English, foreign languages, philosophy and speech. Grauel died Nov. 15, 1995, at age 94.