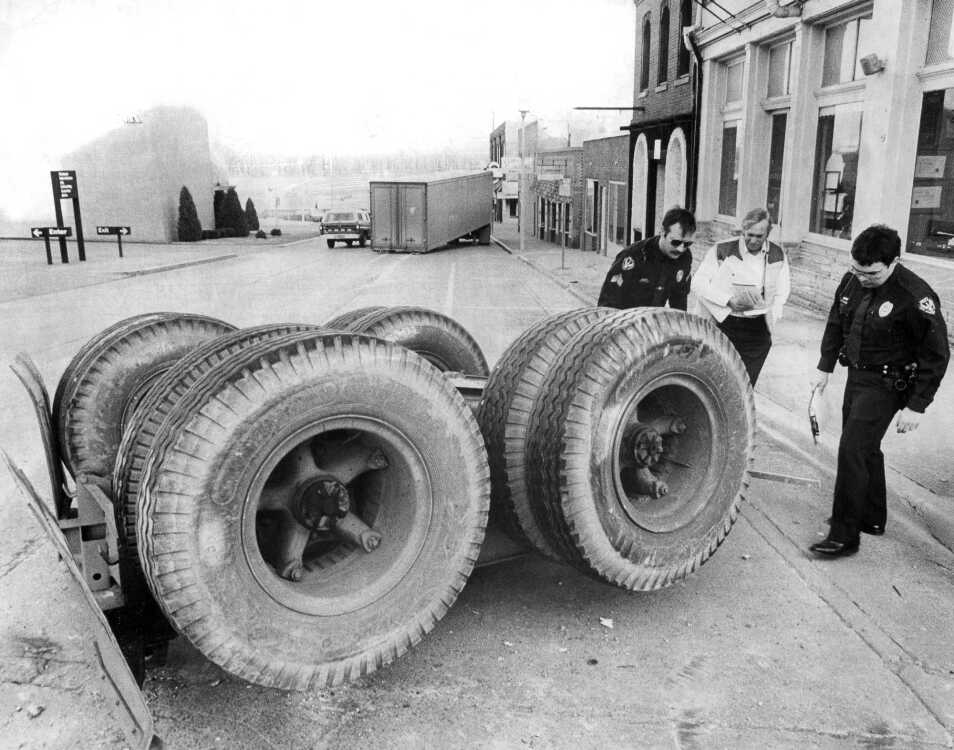 Al Dover, Tamms, Ill., center, a driver for Jerry Lipps Trucking of Cape Girardeau, looks on as police officers Brad Moore, left, and John Nelson inspect the rear wheel assembly of Dover's tractor trailer rig Sunday afternoon following a freak accident in which the rig lost its rear wheels after making a turn onto Broadway from Spanish Street. The truck, minus its rear wheels, is visible in the background. Dover told police he believed the wheels came loose as a result of the truck catching the edge of the curb and a protective post next to a fire hydrant. (Fred Lynch ~ Southeast Missourian archive) 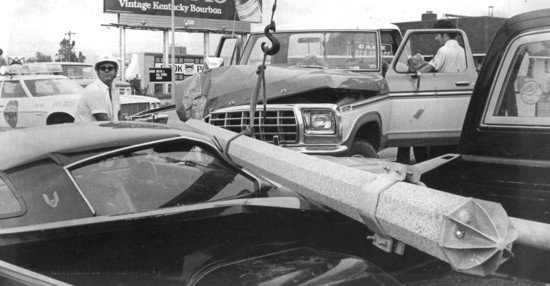 Missouri Utilities workers were called this morning to the scene of an accident at the Ward's Food Mart parking lot near the intersection of Broadway and Kingshighway. The accident occurred when a northbound pickup truck on Kingshighway, driven by Barney G. Bollinger, Cape Girardeau, left the road and struck a light pole which toppled over onto two parked vehicles on the parking lot. (Fred Lynch ~ Southeast Missourian archive) 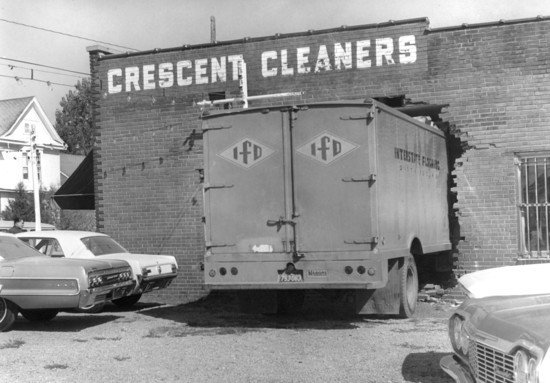 Made its own garage

This is the truck which Friday, Sept. 20, 1968, crashed through the side brick wall of the Crescent Cleaners, 132 S. Sprigg, after its brakes failed. The driver maneuvered it through the Sprigg-William intersection, across a service station lot and between two rows of parked used cars, before hitting the building.