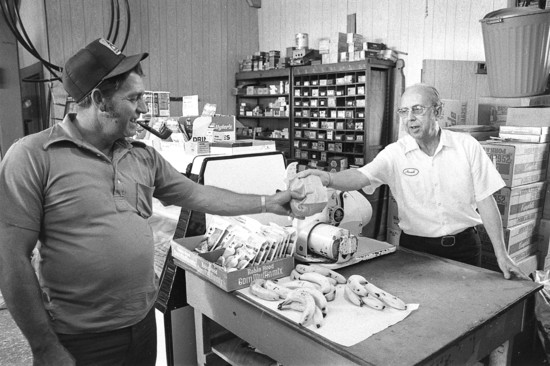 There's something for just about everybody in Marchildon's General Store at McClure, Ill. Alexander County Deputy Sheriff Robert L. Orick of McClure, left, purchases pepper loaf meat from Frank Marchildon at the butcher's counter. Below, Tressa Marchildon rings up a sale on the cash register. (Fred Lynch photos) 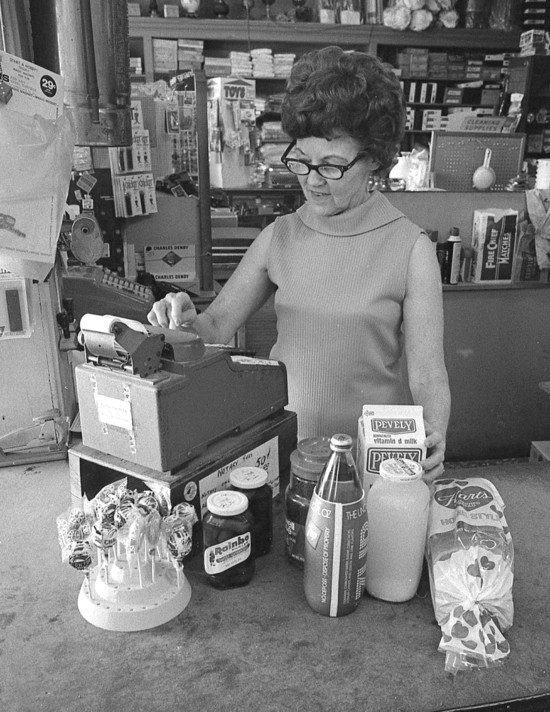 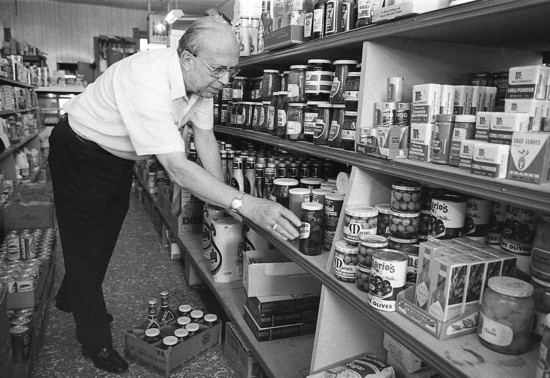 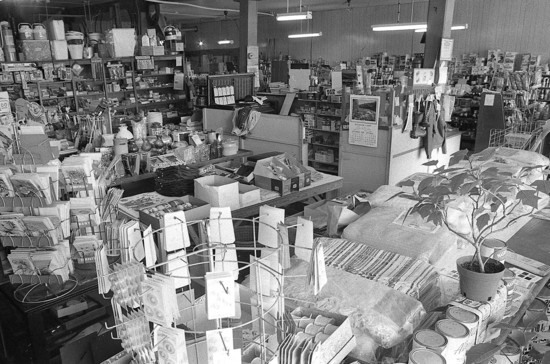 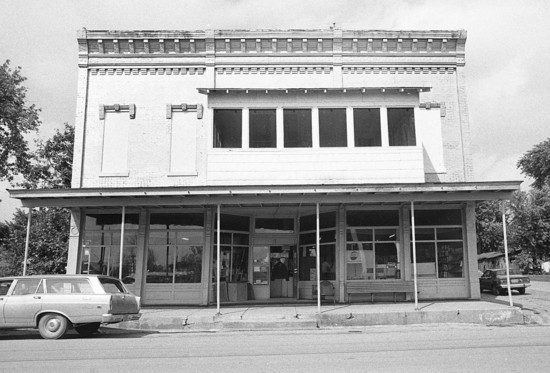 Customers can depend on store

McClure, Ill.--Marchildon's General Store is the headquarters for just about anything a person might need in the community of McClure.

Whether it be hardware, greeting cards, material, or food, it can all be found in the two-story gray structure owned by Mr. and Mrs. Frank Marchildon or as Mr. Marchildon said, "From Playboy to pickles."

Located on the eastern edge of town, the 5,400-square-foot store has served residents of the community for 38 years after Mr. Marchildon and his brother, Clem Marchildon, purchased the building for $2,000 and began business on June 27, 1937.

Cyrille Marchildon ran this store with the help of his son, Holly C. Marchildon, after beginning the business in the then booming town in 1898.

When the Great Depression of the 1930s hit, Mr. Marchildon and his brother, Clem, got into the family business, after losing jobs in their professions. Frank Marchildon was working at a bank in Thebes as an assistant cashier and Clem Marchildon was a public accountant. He has now returned to the profession.

So losing his job in 1932 brought Mr. Marchildon to an occupation that has carried on the family tradition of storekeepers.

Now, after 43 years in the business, Mr. Marchildon doesn't seen to have any regrets. "It has been a lot of fun and I've met a lot of interesting people," he said.

And a lot of interesting people have probably stopped in the store throughout the years looking for one special item, that perhaps, the many large stores do not carry. One such instance of this happening was last summer when persons canning home-grown fruits and vegetables had problems obtaining jar lids in supermarkets and retail stores.

"I had people coming from all over to get the canning lids. People came from Cape Girardeau, Sikeston, and many other places to get my lids. I was quite surprised," he recalled.

Another aspect about the business that Mr. and Mrs. Marchildon like is the personal involvement with customers, often not found in large stores.

"We operate on a first name basis over here and we know most of our customers," Mr. Marchildon said.

And the customers seem to know they can depend on the couple for reliable service too, as Mr. Marchildon demonstrated when a man came in looking for a particular item.

The customer walked casually through the door after talking with a few persons who sometimes congregate on the bench outside the door for an afternoon visit and asked for a particular item. Without a moment's hesitation, Mr. Marchildon found the item and rang up the purchase, first on an adding machine and then on the cash register.

When asked why both are used, the McClure storekeeper simply said, "We don't want to get too modern."

And even though much of what is in the store is up to date, many things are displayed in almost antique looking cases and on tables and on shelves along the walls.

Most items in the grocery section are stored on traditional looking shelves with dairy products placed in the modern day cold storage containers.

Buying meat at the general store would be quite a treat for a person from the big city as Mr. Marchildon cuts luncheon meat from a long roll of salami, bologna, or even pepper loaf.

The store is run with a casual easy going flair where voices aren't raised or tempers sharpened. There isn't the competitive nature to make the quick dollar as in most stores and if the couple want to take a few days off, they just close up."

We're happy here. We haven't made a million bucks, but we're content and have a good business," Mr. Marchildon said. And isn't that what is really important?