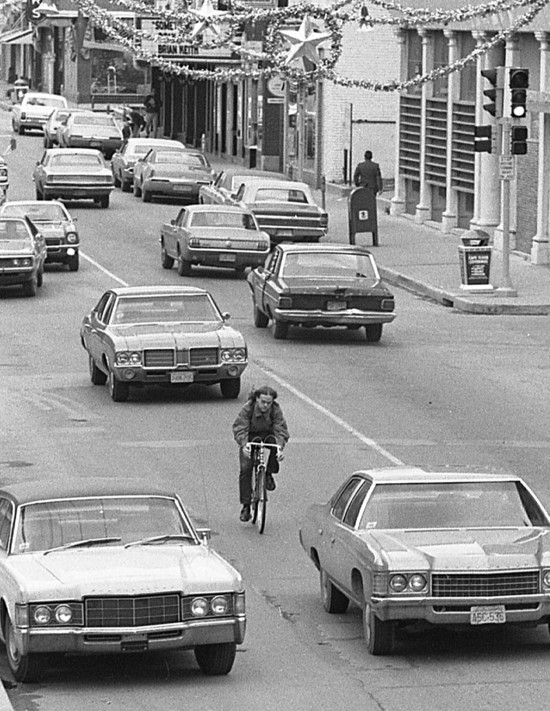 A bicycle craze sweeping the nation is making itself seen here as an increasing number of Cape Girardeans hop aboard the two-wheelers for recreational, health and economic reasons.

The zooming interest in bicycling isn't limited to the younger set. It is growing fastest among adults.

The arrival of cold weather hasn't affected the number of cyclists greatly. They are still seen pedaling along under thick coats and stocking caps or ear muffs, vapor puffing from nostrils and mouths. It just shows who the hardier Cape Girardeans are.

The boom is causing traffic regulation worries in the police department. With more bicycles on the streets, officers say, additional traffic hazards are created--especially by cyclists who won't observe traffic laws and safety rules and by motorists who don't acknowledge that streets are as much for bicycles as they are for automobiles and trucks.

There is growing sentiment among biking fans for public bicycle-only routes in around the city. 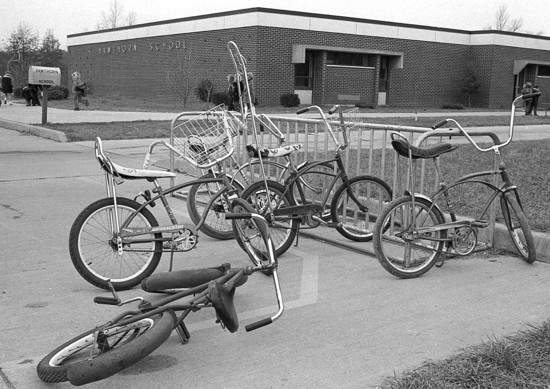 There are only several bicycles in this rack at Hawthorn School, but of all of Cape Girardeau's public schools, Hawthorn has the largest number of pupils using bikes regularly. On a recent day the count there was high--11 bicycles. Children are seen in background leaving school at the end of the day.