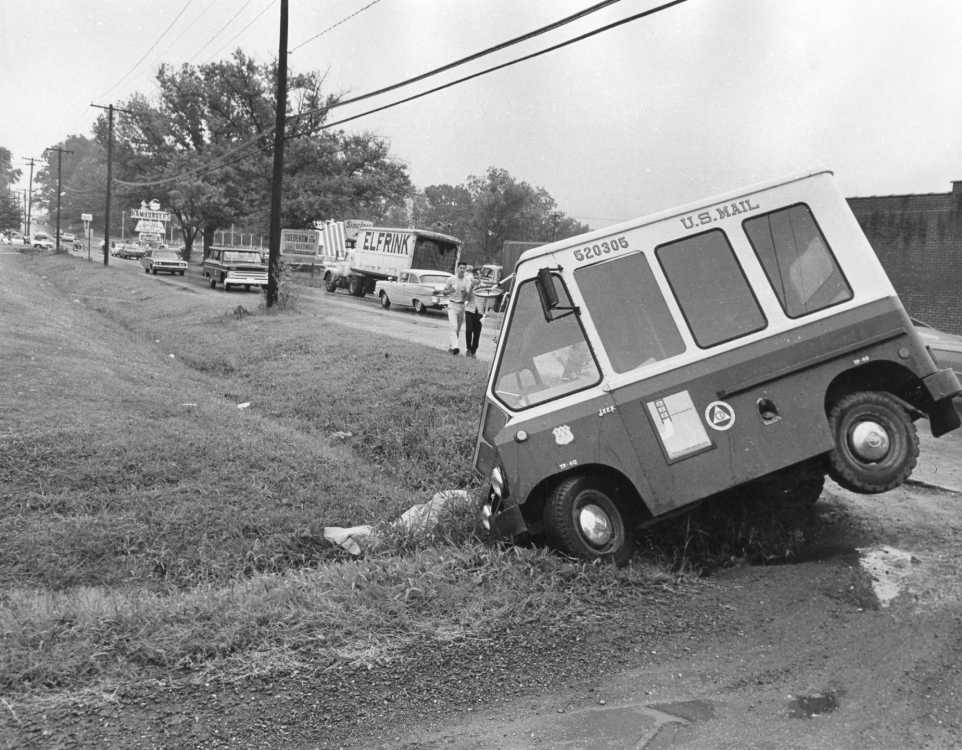 This picture of a postal delivery vehicle accident was taken circa 1967-68 on Independence St. across from Central High School.

Perhaps more noteworthy is the background that shows Griff's Burger Bar, which was located at 1757 Independence at Sheridan Drive in Cape Girardeau. A couple of boys can be seen walking along with their lunch.

According to Wikipedia, the regional fast food chain was founded in 1960 by Griff's of America, Inc. of Kansas City, Missouri. At one time they had locations nationwide with the majority in the South near highway exits. Griff's was named for the founder, Harold Griffin.

There was one on the corner of Caruthers and Independence in Cape Girardeau, Missouri, catty corner from old Central High School.

A few stores remain today, mostly in Texas. A location in Sedalia, Missouri closed in 2011.

Richard Schmidt, recently of Chicago, has taken over management of a drive-in restaurant at 1757 Independence formerly operated by Griff's and franchise for which has been purchased by Jack Klover of Carbondale, Ill. It now carries the name of Rich's Drive-In. Mr. Schmidt, his wife and two children are residing at 492 Green Acres Drive. 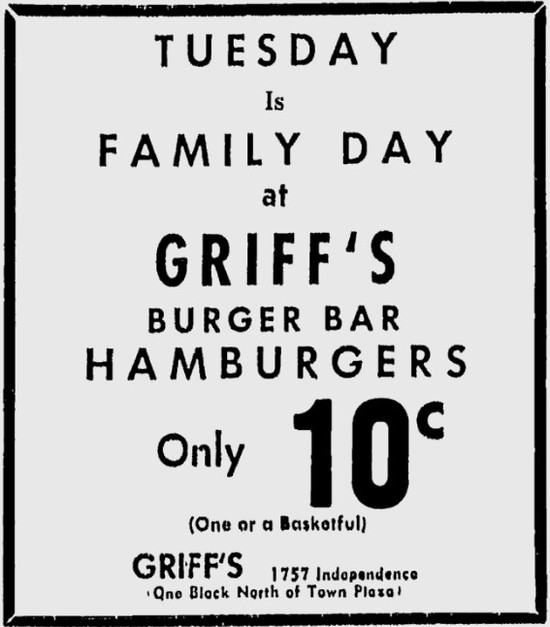