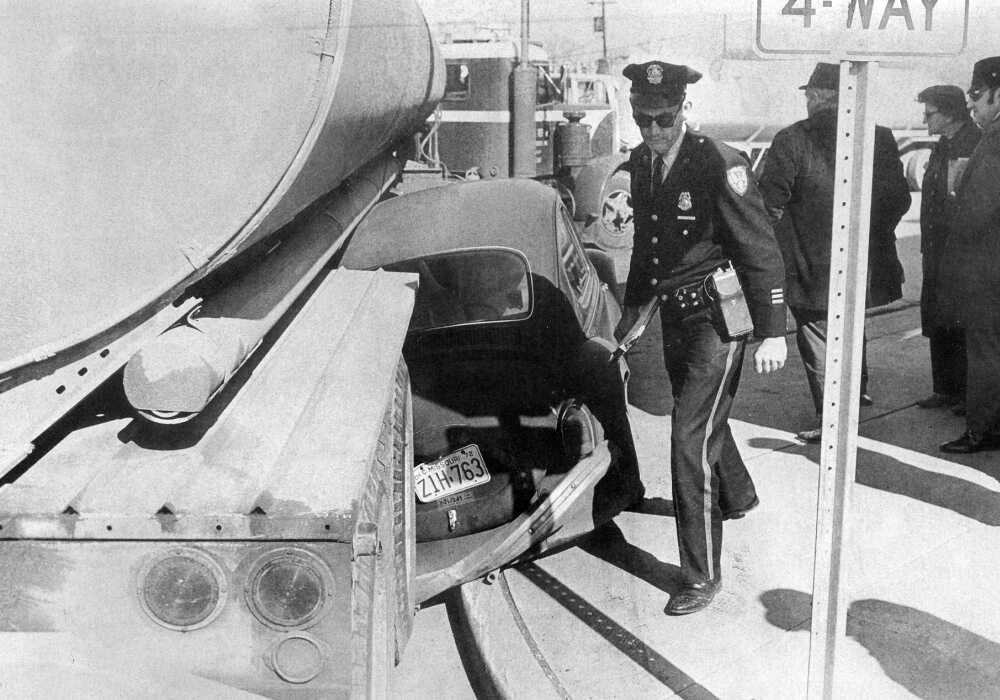 Police Ptlm. Carl E. Pease gathered details of this freak accident at Morgan Oak and South Sprigg Tuesday afternoon which actually looks worse than it was. The driver of the car, Teri L. Estes of Chaffee, escaped injury when the car was caught beneath the tank truck as it was turning right. Police said the car had pulled up to the stop sign at the right of the truck and when the trailer swung around it went over the car. Driver of the truck, Leo W. Miller, 115 William, discovered the mishap only seconds before the rear wheels of the trailer would have struck the car. (Southeast Missourian archive) 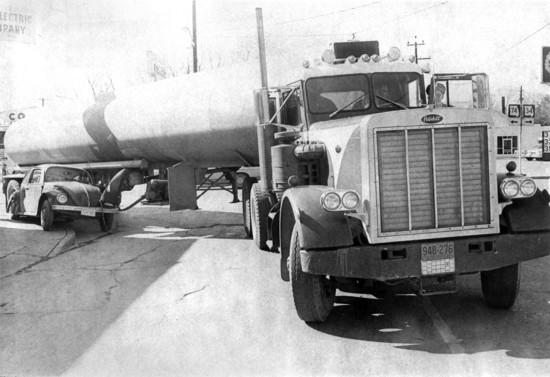 Here is another accident involving a 'bug' in Cape Girardeau: