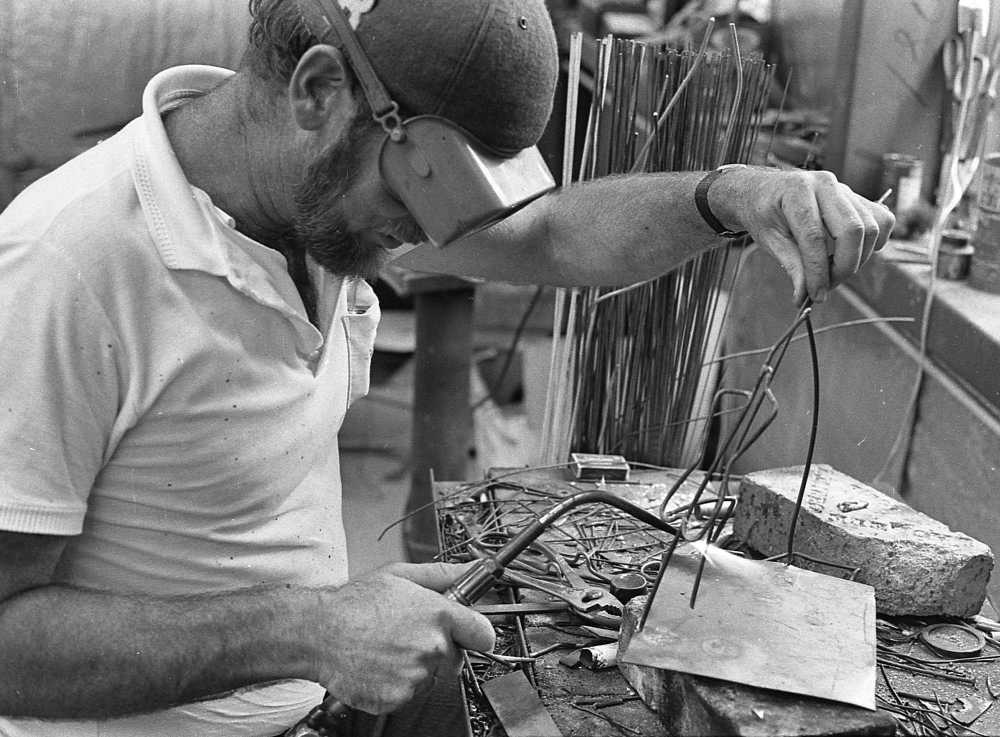 Marble Hill sculptor Tom Runnels bends a steel rod which will become the leg of a work he is just beginning. See more photos of Runnels below. (Stephen Robertson photo)

MARBLE HILL--There are not many who work at a job they really like, who look forward to the next day and get really excited about the job they are doing. The man who truly enjoys his work has the kind of happiness that money can't buy, and that is probably the reason Tom Runnels is happy.

He certainly isn't rich in the monetary sense, but he does have enormous wealth in a variety of other ways.

"If someone gave me a truck load of $20 bills I'd take it. If they got to bothering me I could always get rid of them. I don't want to be a rich man--I do want to be a good sculptor," he declares.

Tom Runnels makes his home in Marble Hill, where he was born. The quiet community of 500 suits him fine. He lives on several acres of wooded land at the edge of town. The sign nailed up at the end of his graveled lane says "Tom Runnels' Cat Ranch." The lane leads to his studio, a large steel building, and nearby is the mobile home where he and his wife live.

Mr. Runnels attended State College in Cape Girardeau after serving four years in the Air Force. He then studied at the Kansas City Art Institute and later worked as a commercial artist for three years in Little Rock, Ark. Returning to Marble Hill in search of what he called more meaning in life, he first supported himself by painting signs. His sculpture was done in his spare time for fun and relaxation, but mostly for himself.

It was his friend, Mat Ziegler, who took an interest in his work and convinced Mr. Runnels he should start showing his sculptures and try selling them. "That's how I got started. Now I go all over the country with my work," he says.

Mr. Runnels works in an unusual medium. For most people the word "sculpture" does not conjure visions of flaming torches, hot glowing steel, scrap iron and face masks. What is hot, hard work for most people is sheer pleasure for Mr. Runnels.

"If it's not fun and I start getting bored, then I quit. I don't like it when it starts becoming work. I've spent three days straight on some sculptures, some that I really liked," he observes.

Mr. Runnels feels there is more to sculpture than any other form of art. This is because there are more edges. A painting has to be viewed straight on, but not so with his burnt medium. One can admire it--or reject it--from an infinite number of viewpoints.

In school he learned from each instructor only those things which interested him. He says, "One teacher told me in 30 minutes what I hadn't learned in three years--how to make something graceful." If one can't visualize hard twisted steel as ever being graceful he has only to see, touch and feel a Runnels creation; here grace, strength and form are united by the heat of an acetylene torch.

Many interested people, who want to learn his art form, have asked Mr. Runnels for instruction. "Sure," he says, "come on out. I'll work with you. But I'll tell you now, you're going to burn yourself, and you'll burn yourself bad.

"People ask me about fringe benefits, job security, and so on. If you're going to do sculpture you're not going to have these things. You're on your own, and this is what scares most people that might make it otherwise. Fear stops creative thinking."

Mr. Runnels makes no preliminary sketches before beginning his work. He begins with steel rods and goes from there. He feels mood and mass are important, detail is not. Working in a burnt media he has no control over color. Pieces are either black or rust-colored. This is a cold color, and he must keep this in mind as he works.

Tom Runnels has become a popular figure in area night spots. It is not unusual to see him in Cape Girardeau sitting at a table in a nightclub with sketchbook and pencil in hand. Interesting faces and objects become his subjects. His sketchbooks are treasures of visual experiences. 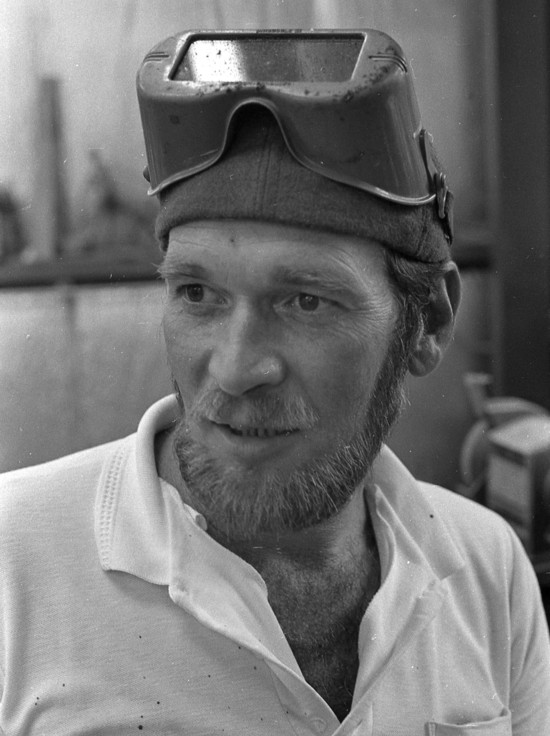 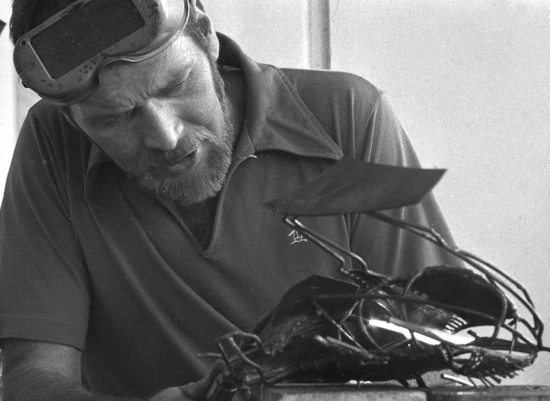 Above, Tom Runnels, in his "shop" on the portico of Kent Library, fashions a work in metal as a part of the Centennial Homecoming event coming up next weekend on the SEMO State University campus. Below, students and residents have been watching him work. 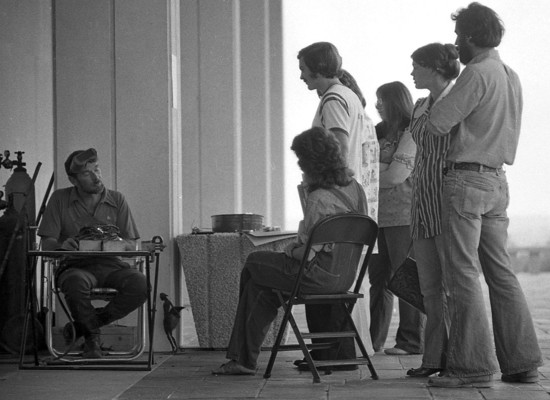