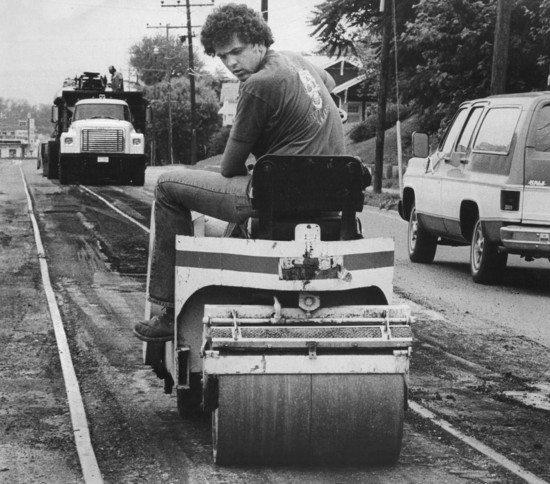 A contractor employed by Missouri Pacific Lines has begun work on resurfacing pavement around the railroad tracks on Independence. Larry Stanton of Murphysboro, Ill., was operating the roller Wednesday afternoon near Pacific Street. 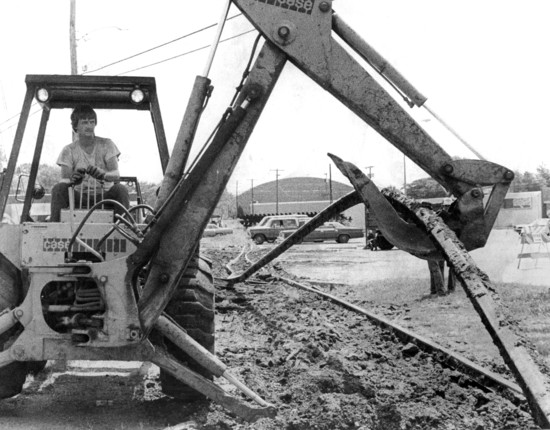 This machine is tearing up Missouri Pacific rails at Independence Street near Clark Avenue as part of crossing replacement work begun Monday. Thirteen other crossings in the city are scheduled for upgrading by the end of October. The work is being done by Missouri Pacific Lines. (Fred Lynch photos)

Some 3.3 miles of track, a portion of which ran down the middle of Independence, crossed the city. The tracks were removed in 1986 after the line had been abandoned.

Read more in this previous blog: