'Battle of Lexington' at Capaha Park 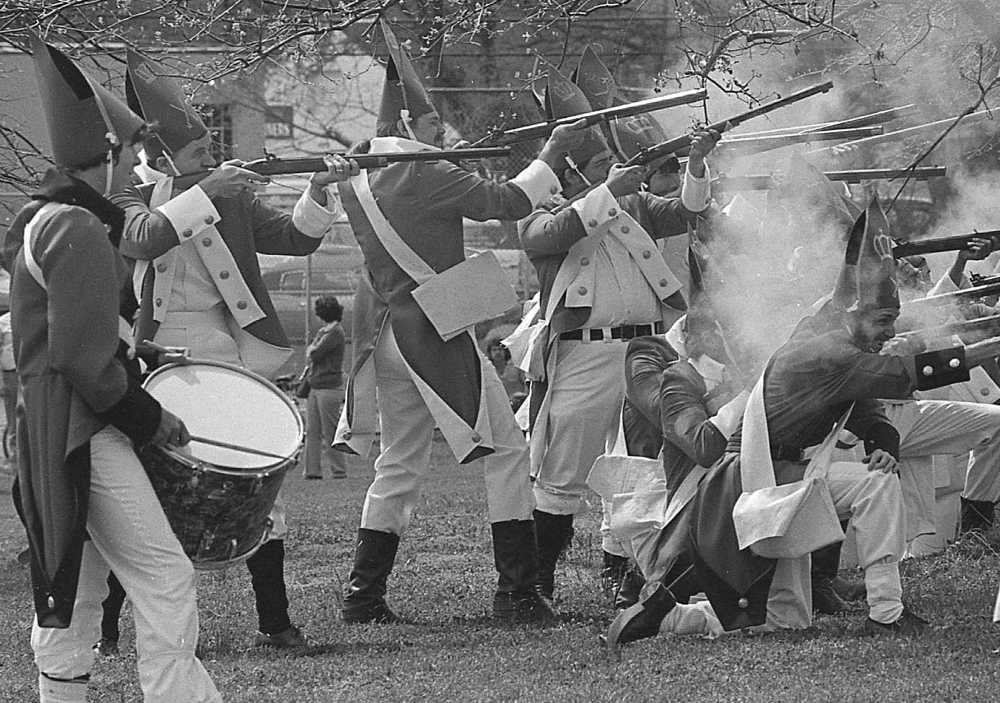 The British Redcoats were busy marking up U.S. Minutemen casualties in the first-round confrontation of the Battle of Lexington held at Capaha Park Saturday afternoon in celebrating the 200th birthday of the U.S. The Redcoats were portrayed by the National Guard. Below, the U.S. Minutemen were portrayed by the Beaver Bend Swamp Rangers. (Fred Lynch photos) 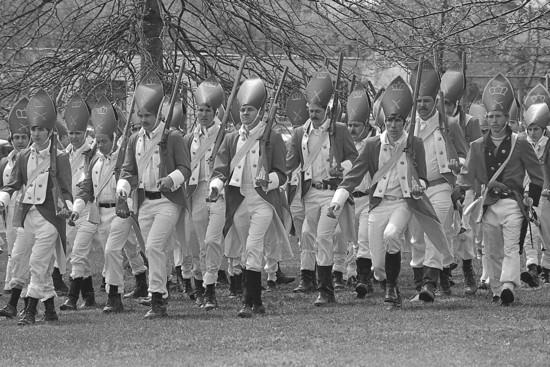 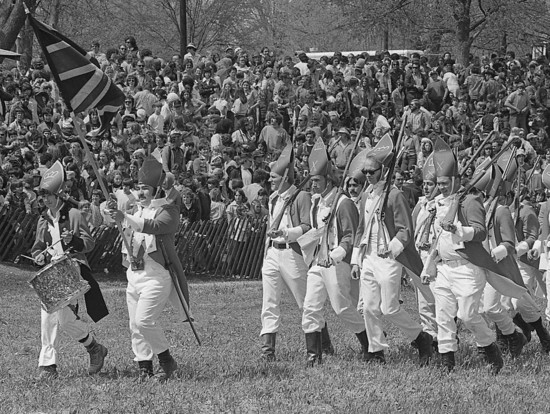 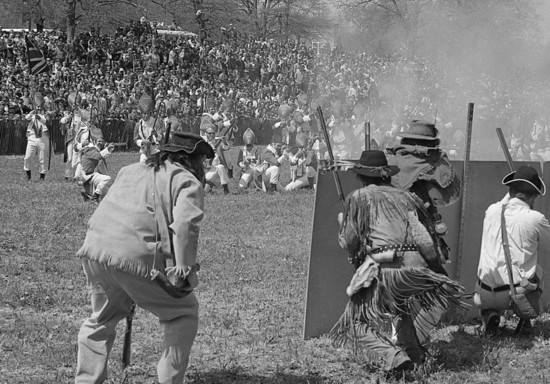 Bicentennial battle recalls historic shot heard 'round the world in 1775

Smoky musket blasts filled the air in Cape Girardeau Saturday afternoon, kicking off the beginning of the nation's Bicentennial Celebration in the reenactment of the Battle of Lexington.

Colonial-garbed Minutemen, portrayed by the Beaver Bend Swamp Rangers, and colorfully-costumed British Redcoats, played by members of the National Guard, staged the famed battle at Capaha Park before an estimated crowd of 3,000 spectators.

The Redcoats were led in battle by a British general lavishly dressed in the traditional red and white uniform with gold buttons and a sword. The general led the redcoats to battle atop a galloping horse until meeting with the militia at Lexington.

The two forces met with hostility displayed by both troops and a tribulation of gunfire was exchanged. Severe casualty losses were marked up by the U.S. Minutemen. The British proudly marched from the battle site elated by the victory, confident that Concord (located at the Rose Display Garden) would be the next conquest.

The British, after reaching Concord, were quickly surprised by three attacks from the militia, suffering heavy losses. But--the redcoats still drove on until they admitted defeat when the Minutemen proclaimed victory.

The battle was preceded by the historical Paul Revere ride throughout Cape Girardeau Saturday morning. The riders warned townspersons of the approaching battle by shouting to surprised shoppers, "The British are coming."

Cape Girardeau was not the only city celebrating the beginning of the bicentennial festivities. Nearly 200,000 tourists pedaled, paddled, and hiked into Concord, Mass., and Lexington, Mass., Saturday to celebrate the skirmish of colonial farmers with the British 200 years ago that grew into the War for Independence.

The Associated Press said activities were underway Friday night when crowds began swarming into the two towns. Most roads were sealed in Concord so persons could ride bicycles or hike throughout the town.

More than 30,000 onlookers gathered in Lexington to watch as the Battle of Lexington was recreated by a corps of 200 Redcoats and 75 Minutemen.