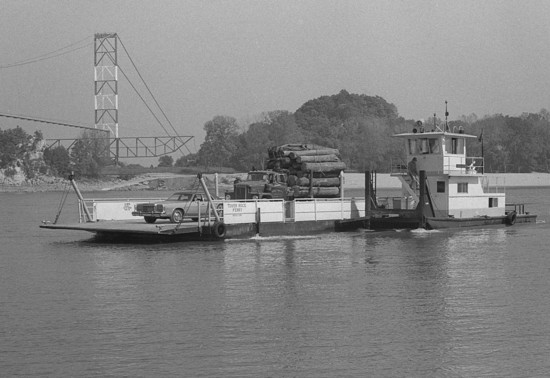 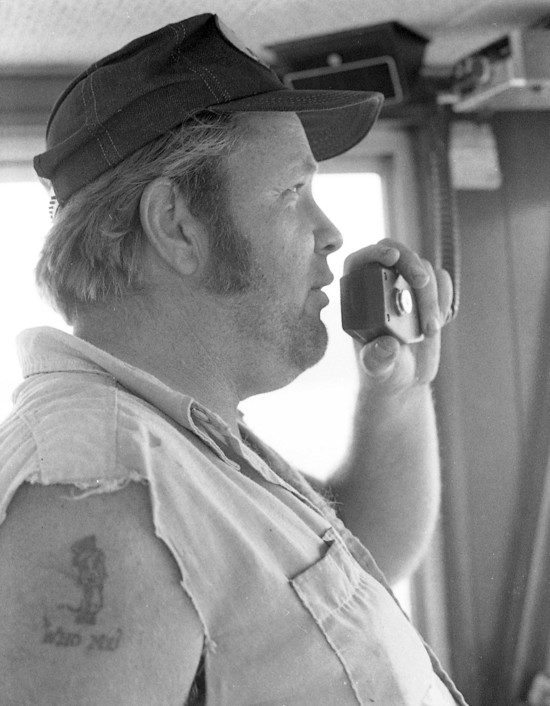 Mark Twain once wrote that to be a "pilot was the grandest position of all. The pilot, even in those days, had a princely salary--from $150 to $250 a month, and no board to pay. Two months of his wages would pay a preacher's salary for a year."

Times have changed, but even so, there is still something majestic and grand about life on the Mississippi.

Sonny Irmer knows all about life on the river. The 35-year-old riverboat pilot has been working on boats since he was 13.

About a year and a half ago, Mr. Irmer quit his job as a St. Louis harbor pilot and moved with his family to the country. "The country" proved to be Frohna. And Mr. Irmer has gone from handling barges to handling a ferry.

Mr. Irmer has operated the Tower Rock Ferry at Wittenberg for about a year and a half now. On Sept. 19 of this year he became the new owner of the ferry which had previously been owned by a group of local businessmen in the Altenburg-Frohna-Wittenberg area.

The present Tower Rock Ferry has been ferrying trucks and cars across the Mississippi River between Wittenberg and Grand Tower, Ill. for the last 13 years.

Mr. Irmer is carrying on a proud tradition at Wittenberg. There has been a ferry in operation here since 1839, around the time the town was founded.

The only lengthy period of time that the ferry did not operate was from 1943 until 1966, when regular service resumed.

Starting Oct. 22, he said he will cut back his hours for the winter months, closing down at 5 p.m.

"We're the only ferry in regular daily operation on the Mississippi River between Cairo, Ill. and Grafton, Ill.," maintained Mr. Irmer, who noted that is a distance of some 235 miles.

The Tower Rock Ferry carries an average of about 40 trucks and 30 cars a day during the week.

Mr. Irmer observed that much of his business is ferrying lumber trucks back and forth across the river. The East Perry Lumber Company of Frohna cuts down trees in Southern Illinois and hauls the logs back to Missouri via the ferry.

On Sundays, according to Mr. Irmer, many Illinois residents cross on the ferry at Wittenberg to take a driving trip through the picture-postcard Saxon communities of Altenburg, Frohna and the other German Lutheran communities in East Perry County.

Mr. Irmer said the area near the ferry crossing is a good place for fishing. And he noted that from March 1 to June 1, there are a lot of fishermen on the banks of the river. The fishermen return to the area from about mid-September until mid-November.

The bearded riverboat pilot said the East Perry County area and the Grand Tower, Ill. area on the other side of the river have many "good, scenic routes" that abound in "old fashioned, home-cooked restaurants."

There is also a fine beach on the Illinois side of the river near Grand Tower. And just south of Wittenberg on the Missouri side of the river is Tower Rock, a large promontory which, according to Mr. Irmer, is the site of the smallest national park in the United States.

"People just don't realize what they got at their back doors, "noted the sun-tanned ferry owner.

Mr. Irmer said he believes the area offers the weekend traveler "something close to home."

The 13-year-old boat and barge fully loaded can transport three cars and two semi-trailer trucks at one time.

Mr. Irmer said the ferry, with two engines and 440 horsepower, is more powerful than most. Most ferry boats only operate with about 200 horsepower.

Mr. Irmer charges $3 a car and $5 per truck, depending on its size, for a one-way trip across the Mississippi.