Bill Emerson was a regular guy 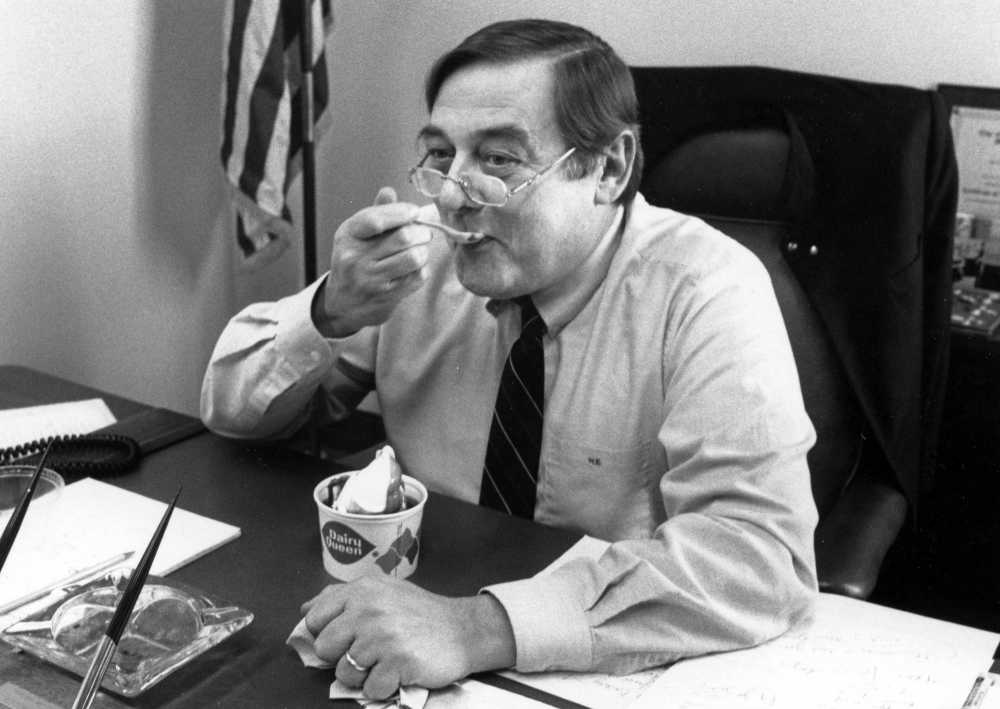 U.S. Rep. Bill Emerson was always a favorite photography subject of mine. I enjoyed his friendship on a professional level.

From the time he won election to the U.S. House of Representatives, where he served Missouri's 10th district from 1981 to 1983, and then the 8th district from 1983 until his death June 22, 1996, Congressman Emerson didn't seem to mind when a photographer was nearby to capture him being a real person.

One day in November, 1988, I was assigned to see him in his office at the federal building in Cape Girardeau. He was preparing to run for his fifth term. As we exchanged small talk, an aide brought in an ice cream sundae that he requested. I guessed that a busy congressman was entitled to a few perks of his office.

This photo was not published. Another photo of Emerson was used with a story by John Ramey that was published Dec. 1, 1988. It may be viewed in the photo gallery below. 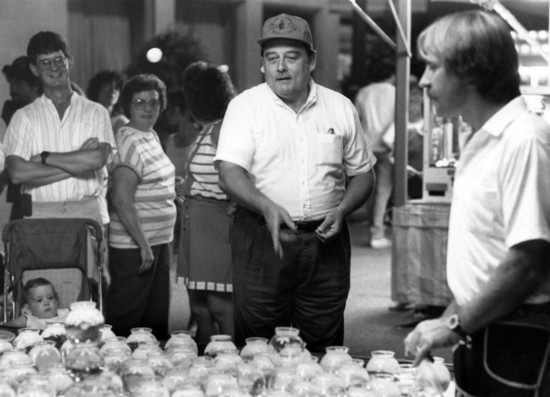 While taking pictures at the annual Homecomers in Jackson in 1989, I found Emerson enjoying a little "down time" like everyone else. He was tossing ping-pong balls at a booth with small bowls of gold fish. 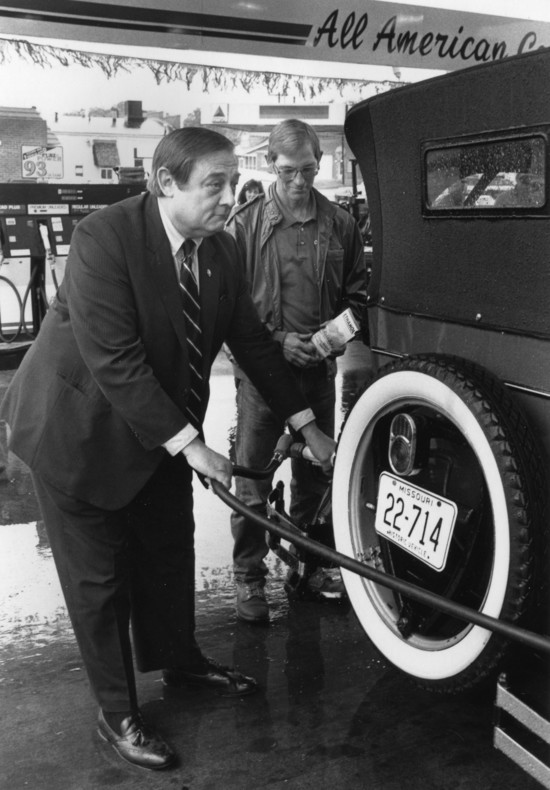 On May 12, 1990, Congressman Bill Emerson fills 'er up with gasoline blended with ethanol, a fuel made from corn, at Cutmart in a promotion by the Missouri Corn Growers Association. Roger Schwab, a Jackson farmer and board member, looks on. (Fred Lynch photo)

Bill Emerson's mahogany desk is now on display at the Cape Girardeau County History Center in Jackson. It may be viewed in this photo gallery: