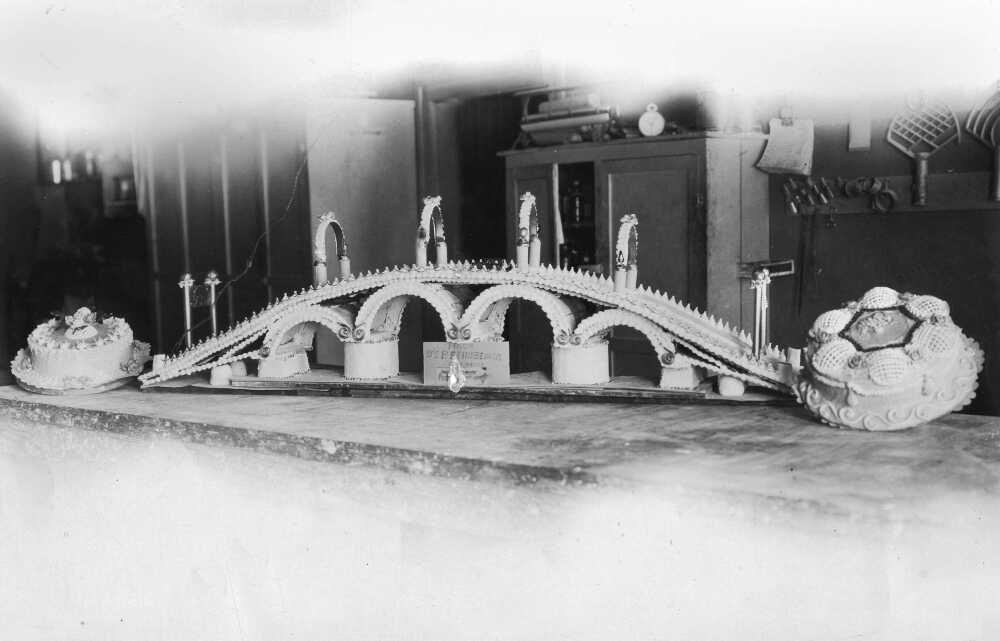 Near the end of 1925, a Cape Girardeau bakery gave people an idea of how the Mississippi River traffic bridge might look.

The Cape Girardeau Chamber of Commerce announced plans for the new bridge on Aug. 19, 1926.

"Cape Bridge," a structure of white "sheet sugar" and pastry materials, has been constructed by Bauer Baking Co., and is on display in the show window at 700 Broadway.

Much attention has been exacted by the novel bit of "bakery architecture," which was "engineered" by Baker Finkbeiner. Three principal piers support the main traffic arch which is topped by four cross arches. These top arches are equipped with miniature colored light bulbs which are lighted at night.

A number of cars and trucks are crossing the bridge, these being of toy size and are of commensurate proportion to the whole project.