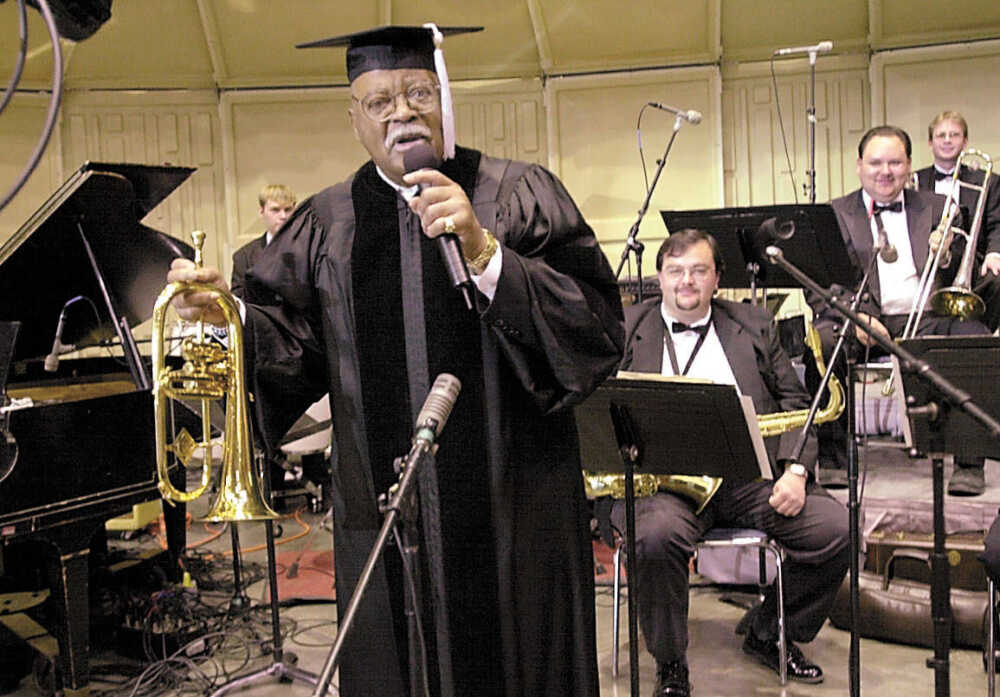 Clark Terry, who turns 80 next week, focused on performing jazz with the Southeast Studio Jazz Ensemble and delivering a short speech at commencement.

Terry, who was awarded an honorary doctorate of letters, is only the third person to receive an honorary degree from Southeast.

A native of St. Louis and a veteran flugelhorn player for Duke Ellington, Count Basie and "The Tonight Show" with Johnny Carson, Terry said he was glad to make the trip to Cape Girardeau.

This is my home state and Cape Girardeau is a wonderful town," he said. "Why wouldn't I come?"

Terry was a hit Saturday performing "Mumbles Returns," a song he popularized on "The Tonight Show." The song mixes ensemble jazz with a scat-like vocal performance of nonsense words that sound like a monologue.

At the end of his solo, Terry punctuated it with the song's only intelligible words: "pregnant chad."

After the solo, trombone player and music school graduate Darren Burgfeld of Jackson, Mo., shared a few words with Terry.

Burgfeld said the conversation had nothing to do with the sign on his mortarboard that read "hire me."

"We were talking about trading tassels," Burgfeld said. "I liked his hat."

Clark Terry's association with Southeast Missouri State University began in 1998 when Southeast president Dr. Dale Nitzschke suggested to Barry Bernhardt, director of bands at Southeast, that he invite Terry to perform. Nitzschke had known Terry while president of the University of New Hampshire. Terry was an adjunct professor at UNH and the recipient of an honorary doctorate from the university.

"All I had to do was make a call, and he said, 'Oh gosh, I'd love to,'" said Bernhardt, a trumpet player who counts Terry as one of his heroes, according to an April 24, 1998 Southeast Missourian story by Sam Blackwell.

As a boy, Terry's first trumpet was a discarded piece of garden hose with a kerosene funnel stuck in the end and a piece of lead pipe for a mouthpiece.

"It made the most horrible sound you ever heard," he recalled in a phone interview. "The neighbors got so sick of it they bought me a horn from a pawn shop."

Terry got much better in a city that was a hotbed of jazz trumpet talent, including Miles Davis.

On the "Tonight Show," the trumpet virtuoso also drew laughs during the "Stump the Band" segment by becoming Mumbles, his parody of the old blues singers he used to encounter playing gin joints in St. Louis.

He is also known for championing the fluegelhorn as a solo instrument.

Terry first performed at Southeast in 1998 with the Jim Widner Big Band and also played in 2000 at the second annual Phi Mu Alpha Jazz Festival.

Terry returned to Southeast on April 28, 2001 for the Clark Terry/Phi Mu Alpha Jazz Festival which had been renamed in his honor. He also headlined the festival the next two years. 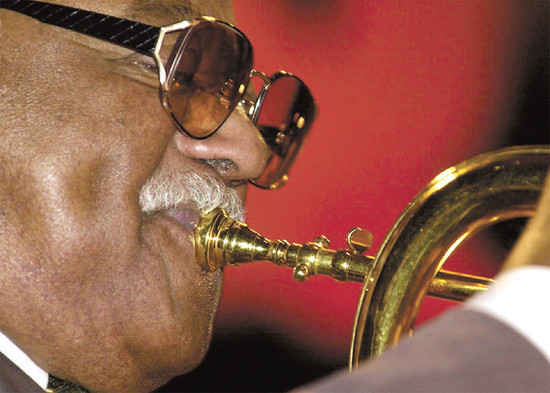 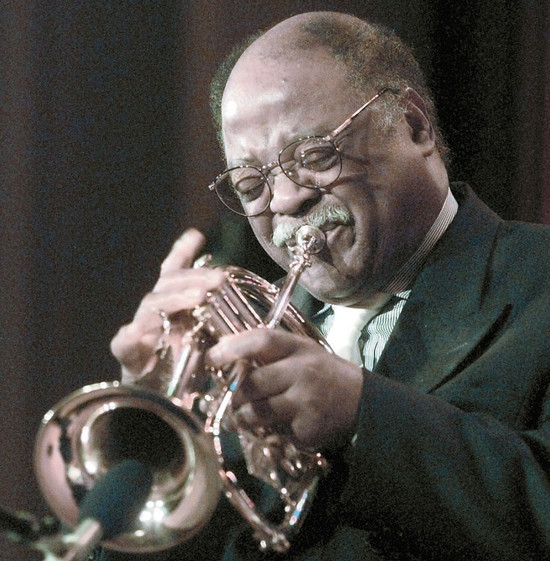