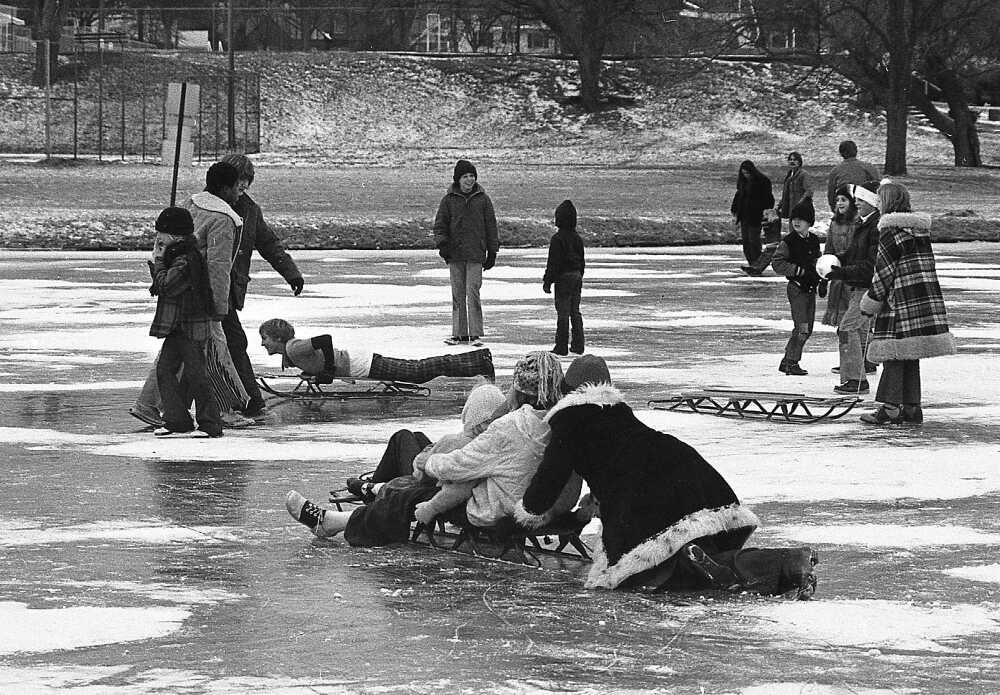 When the official word came Saturday morning that the lagoon in Capaha Park was ready for ice skaters for the first time this winter, it didn't take long for a crowd to gather. Although few had ice skates, youngsters had no difficulty in improvising fun on the pond.

Above, sleds proved to be a popular means of scooting around on the ice. There were some skaters, and a lot of slippers and sliders. By late afternoon, scores of people had gathered near the lagoon for some frosty, frozen fun, turning the park into a picture postcard winter scene.

Below, Ben McCain, a city park department employe, officially recorded the ice thickness at Capaha Park lagoon as three and three-fourths inches Saturday morning. Waiting to try their luck at skating or slipping and sliding are Dwayne Nanna, left, Johnny and Julie James and Chris Johnson, all of Cape Girardeau. (Fred Lynch photos) 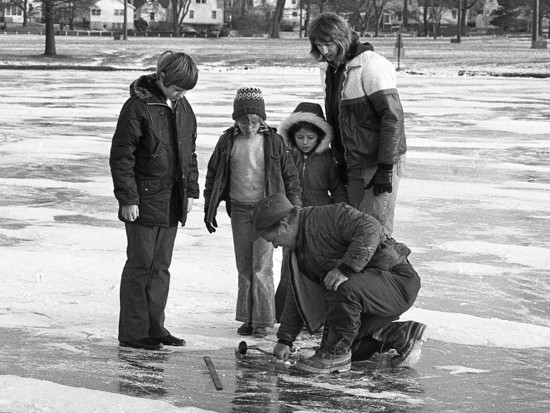 The winter tradition ended in 1983 when three aerator fountains were installed on the lagoon to keep the water agitated for algae control.

A problem with botulism in 1977 resulted in the deaths of 21 lagoon ducks. Botulism is a "hot weather" disease that occurs when the weather becomes very hot and humid and the bacteria begins growing on the bottom of the lagoon, from where the ducks feed, said Robert Gass, superintendent of the city Parks and Recreation Department.