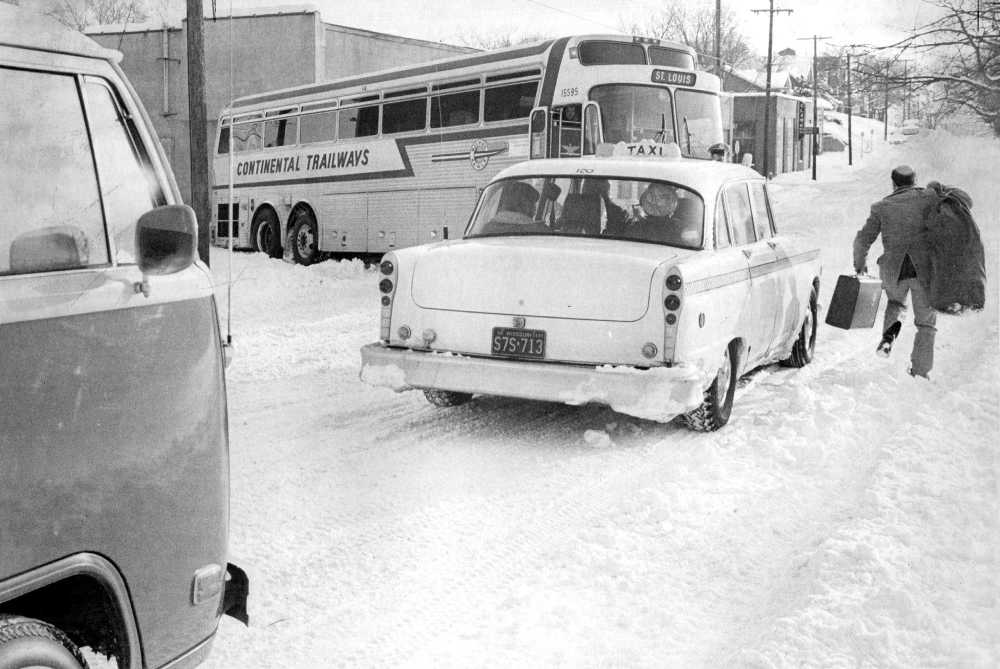 This meeting between a snowbound bus, late passenger, taxicab and city patrolman on Independence near the bus depot early today was not planned. But, being late, or stranded is an increasingly familiar situation for many as Cape Girardeau continues to dig out from this week's heavy snowfall. (Phil Nash photo)

Read more about the blizzard in this previous blog: