Here are early photographs of the Cape Girardeau Country Club which opened in 1921. 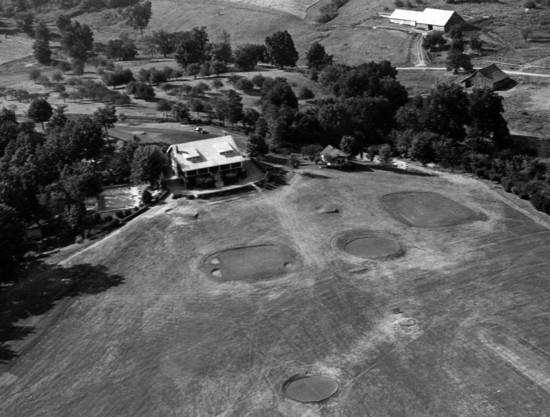 Fred A. Groves and Charles W. Boutin, prominent businessmen in the early part of the century, played the first official round of golf in Cape Girardeau.

The date was April 3, 1921, a Sunday, and the place was the Cape Girardeau Country Club. In the prevailing 75 years, the number of area golfers has exploded from about a dozen to thousands who now also crowd courses in Jackson--Bent Creek and Kimbeland Country Club--and the Jaycee Municipal Course in Cape Girardeau.

On that first day of golf in Cape Girardeau, Groves and Boutin played nine holes with temporary greens. Groves, a Cape Girardeau car dealership pioneer, shot 68. Telephone executive Boutin, for whom the lake at Trail of Tears State Park is named, shot 73.

"Groves won by virtue of his ability to keep to the fairways and out of the 'rough' to a greater extent than his rival," the next day's newspaper report stated, "although both at times strayed from the straight-and-narrow."

The newspaper predicted their scores "probably will cause a big laugh 20 years from now." Seventy-five years later, Groves's 68 or Boutin's 73 would be a very good score, but for 18 holes instead of nine.

Golf zoomed in popularity nationally in the 1920s, capped off by Bobby Jones' Grand Slam victories in 1930. He was treated to a ticker-tape parade in New York City and people hoisted him on their shoulders when Atlanta welcomed him home.

In Cape Girardeau, miniature golf caught the public imagination in the 1930s, perhaps a downsizing due to the Depression.

"Miniature golf and tree-sitting continue to be the rage," the newspaper reported in 1930.

In 1930, five miniature golf courses served the city, including one owned by Rush Limbaugh Jr. and Curtis Ballard on North Henderson and another owned by Elmore Kassel and William Abernathie on South Sprigg.

The Hillcrest Golf Club, a semi-private organization, opened in 1935 on the old Highway 61 north of town, in the vicinity of the current Fountainbleau Lodge. By 1954, the golf course was replaced by the Star Vue Drive-In.

For many years, golf remained a game played mostly by those who could afford to join an expensive club. Arnold Palmer, the son of a Pennsylvania green keeper, changed all that in the late 1950s and into the 1960s. His charisma drew middle-class fans and players to the game in America for the first time. They were "Arnie's Army."

The Jaycee Golf Course made golf less exclusive locally when its nine holes opened to the public in 1955. George Heuer, a farmer who helped build the course and has been playing there since the beginning, recalls that the price of a round of golf was about $6.

The Jaycee course was founded because of the need for moderately-priced golf, the 80-year-old Heuer said.

"There wasn't any club the public could play. And it's still one of the better values."

Another nine holes were added in 1974. The city took over the operation of the course in 1977 and has continued to keep green fees affordable.

Kimbeland Country Club opened its course in Jackson in 1962. John Alexander, the pro at the club for eight years, said it began solely as a golf club that sprang up because golf became so popular and the Cape Girardeau Country Club had a closed membership for a long time.

A nonmember who wanted to play had to live more than 30 miles from Jackson or be a guest of a member. That rule still holds.

The club was owned at first by trucking magnate George Kimbel. "And he didn't even play golf," Alexander said.

Bent Creek, widely considered one of the best courses in the state, opened in Jackson in 1990.

Hal Lehman, now 79, started playing golf at the Cape Girardeau Country Club after his children were born in the 1940s. He stopped playing awhile but resumed in 1968. He was the club's secretary for 14 years and continued to play golf until 1990, when a bout of pneumonia left him with a breathing problem.

"My golfing is limited to none," he said. "It's one of the things I hated to give up, but that's the way life is."

He still watches golf on TV, and says the game has and hasn't changed since he began playing.

"There's better equipment. Better drivers and woods. Now they have steel woods instead of wood woods. They have better golf balls that will go farther," he said.

"But for the average fella out on the links playing golf, it's the same old game it's always been." 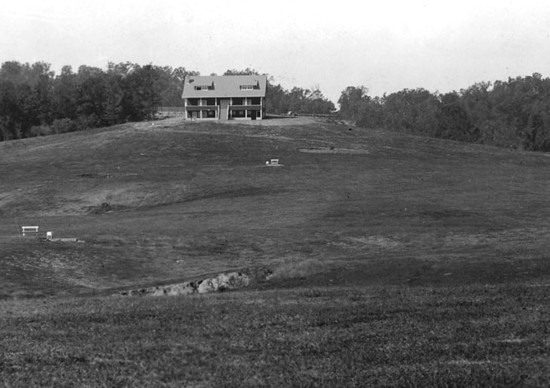 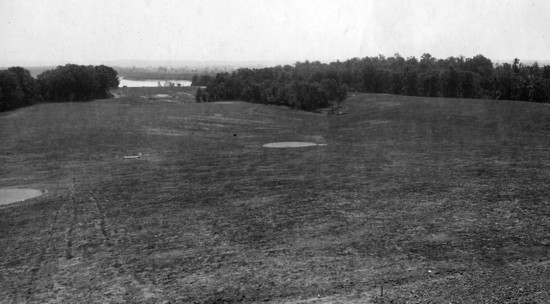