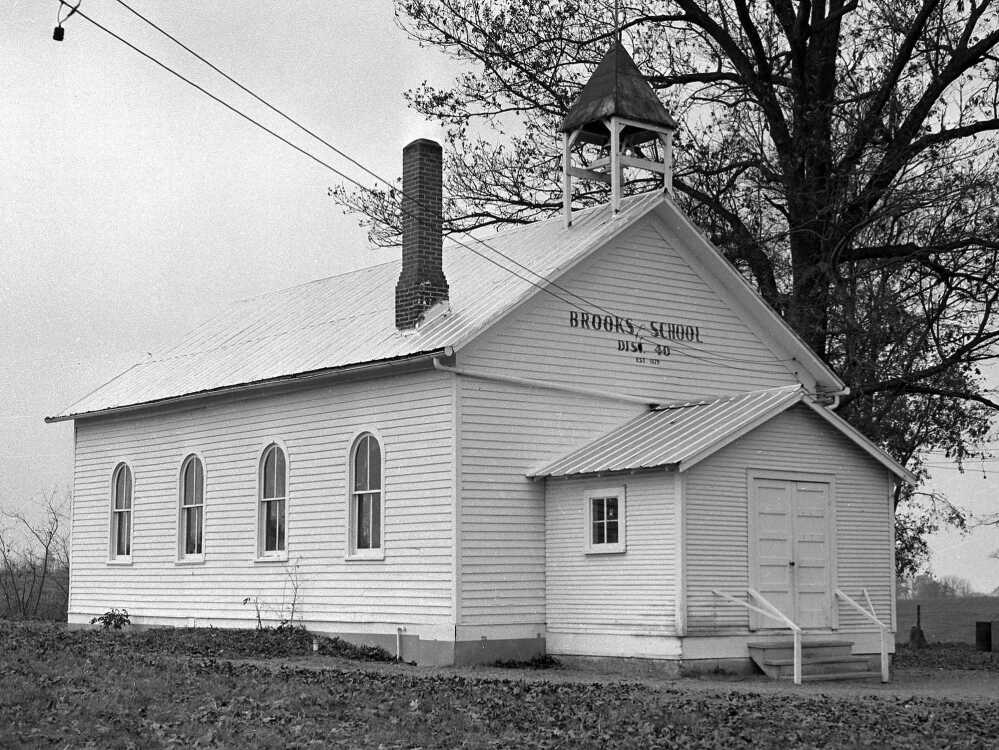 Celebrating 76 years of service as School District 40, Brooks School will hold its anniversary event Saturday and Sunday. The school is located on Egypt Mills road six miles north of Cape Girardeau. The benefit affair will be sponsored by the Parent-Teacher Unit with Mrs. Ervin Hobbs, president, and Mrs. Mildred Holcomb, teacher, in charge of the arrangements. Entertainment selections will be given at intervals Saturday and Sunday, and an auction of country produce and variety goods will be conducted Saturday.

Entertainment will be by Babe Meystedt, comedian; Jimmy Jones, impersonations; the Hobbs sisters, acrobatic dancing; Jane Jones, vocal soloist; the Marquette string band; and the McCanless Band of Oak Ridge. Pony rides and carnival attractions will be continuously in operation. A barbecue supper and square dance are planned for Saturday night, and Sunday afternoon at 2 o'clock serving will open for a country style chicken dinner. Some 1000 people attended a similar celebration last year on the 75th anniversary of the school.

An average attendance of 25 pupils in eight grades has been maintained since the founding of the school in the Hobbs Chapel community in 1875 on the present site of one acre of land. The property was deeded from the James Brooks family Dec. 28, 1878, after the classes had been held in a makeshift structure for almost three years. The first school was built in the spring of 1879, and the present building was constructed prior to 1910. The first teacher listed on records of Brooks was Mrs. Viola Hill in 1910, a later teacher was Miss Nell Holcomb, and the present teacher is Mrs. Mildred Holcomb who has been in charge five years.

Directors of the school, Therman Hanebrink, president, Walter Kester, and Mr. Hobbs, are planning a consolidation of the school with the Juden, Coker and Egypt Mills schools. The four adjoining rural districts would have one centrally located school.

Families possibly represented most through the 76 years of the school's service are those of Brooks, Hobbs, Lindsay, Taylor, Hanebrink, Scism, Randol, Foeste and Norvall. Prof. Emil Weiss of St. Paul College of Concordia, former pupil at Brooks School, will return for the celebration and has in previous years been guest speaker of the event.