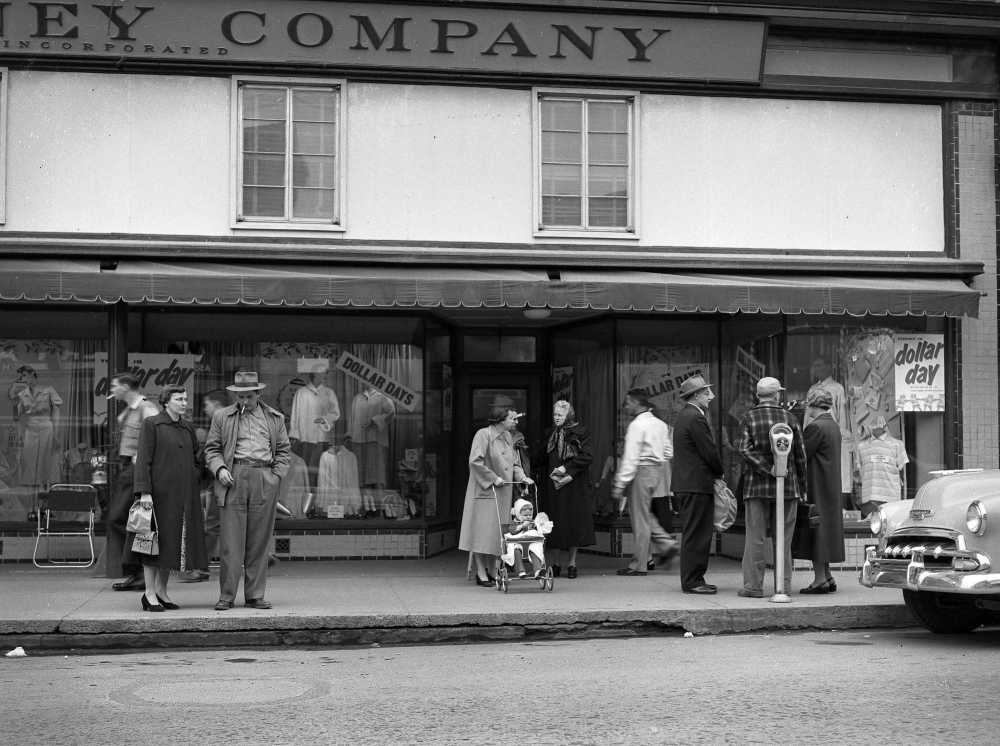 JCPenney was having a Dollar Day sale at 5 North Main St. when G.D. Fronabarger took this picture of people on the sidewalk. The date is unknown.

The building was modernized in 1956. The store relocated to William Street in 1976, in a building that was first Biedermans Furniture, now Ruler Foods. When West Park Mall was built in 1981, JC Penney moved west to become an anchor store at the mall. 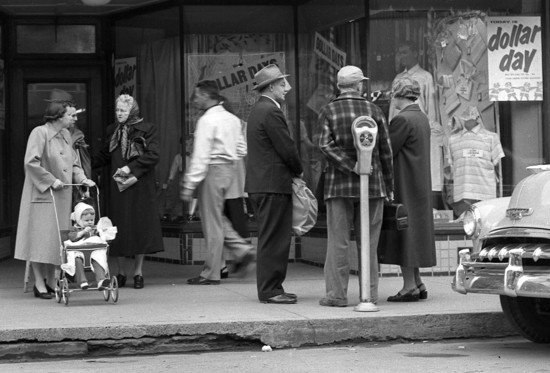 An advertisement in The Missourian announces the opening of the J.C. Penney department store in Cape Girardeau tomorrow. This is an event of more than ordinary importance as it links Cape Girardeau with the greatest chain-store system in the world. The new store will occupy the former Sherman building on Main street, which is one of the best mercantile buildings in the city.

J.B. Carpenter, who came here from Salt Lake City, Utah where he was connected with a Penney store for a number of years, will manage the store and for more than two months has been busy preparing for the opening. When the building was leased every bit of furniture and furnishings was moved out and all the counters, cabinets, shelving, etc., was made new by a showcase concern in Grand Rapids, which gives the store a beautiful appearance.

The opening advertisement in this issue gives an idea of the lines of merchandise carried, and the price quotations also indicate the trend of the business. Penny stores do not feature cheap merchandise and they never have special sales where prices are cut, the claim being made that at all times the prices are as low as they can possibly be made.

The coming of the Penney store is another concern that will attract attention throughout this trade territory and adds another attraction to Cape Girardeau's many trading facilities.

Here is another photograph of the store after the front was remodeled: