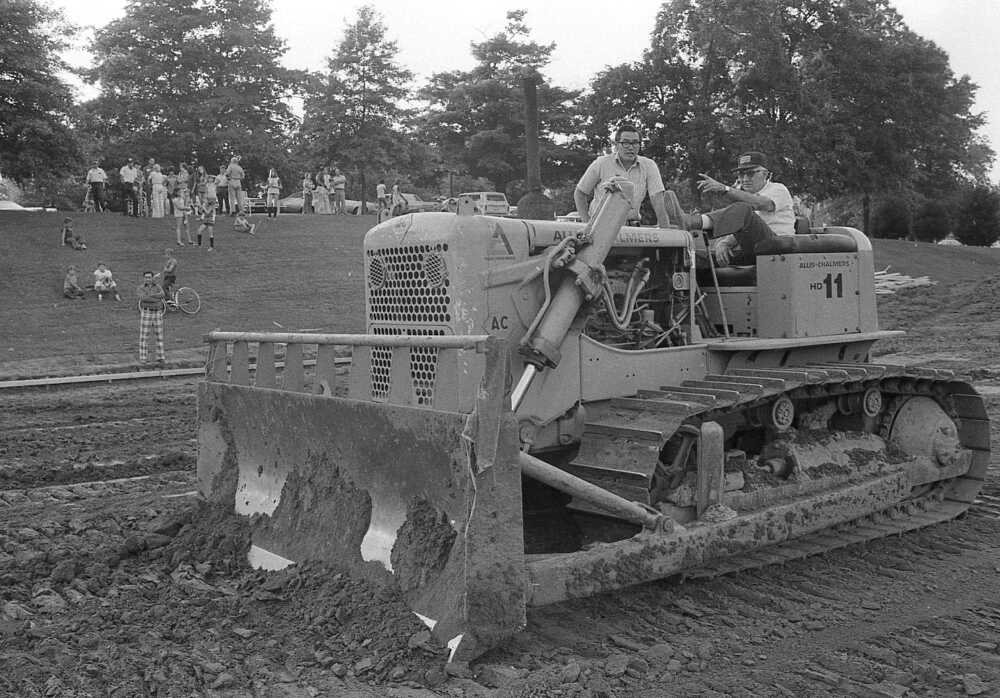 As a group of Cape Girardeau citizens gathered on the hillside at Capaha Park Thursday night to plan ways of stopping the construction of four new tennis courts there, work on the project continued as long as light permitted. Consulting atop the tractor are Kermit Wallenmeyer, Jackson, the tractor operator, and the tennis court contractor, Ronald D. Aafedt, 415 Bellevue. The group on the hillside called Mayor Howard C. Tooke to the site later in the evening to ask him to defend the City Council's decision. A special council meeting has been set for Monday night to that residents can air their views. 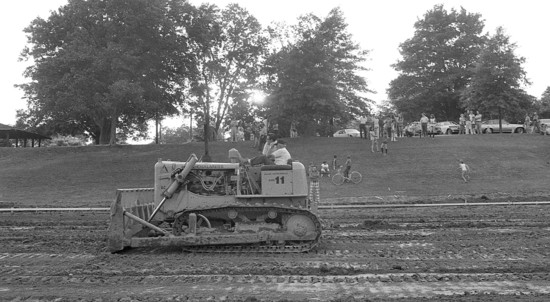 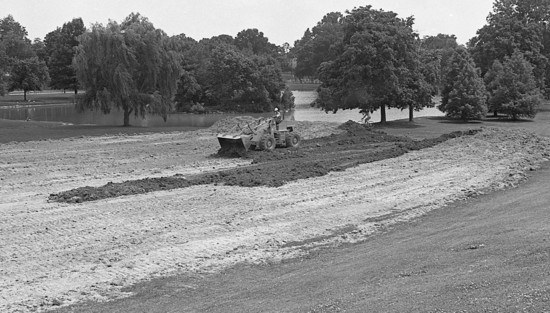 It could be said that Calvin Phillips of Jackson, operating the tractor, Thursday was burying Cape Girardeau's latest "bone of contention" as he pushed earth back onto a site at the base of Cherry Hill in Capaha Park, previously proposed for construction of four new tennis courts. Reseeding is to be done, though the grass may make a slower return to the site, which was abandoned for tennis court use after strong objections from the City Park Board and a citizens' group. Another site in Arena Park has been selected. Earthwork on the site for two tennis courts in Missouri Park, North Fountain and Park drives, which was expected to begin Thursday or today, will not start until next week, probably Tuesday, Donald R. Horlacher, acting parks superintendent, said. Ronald D. Aafedt is contractor for the courts.