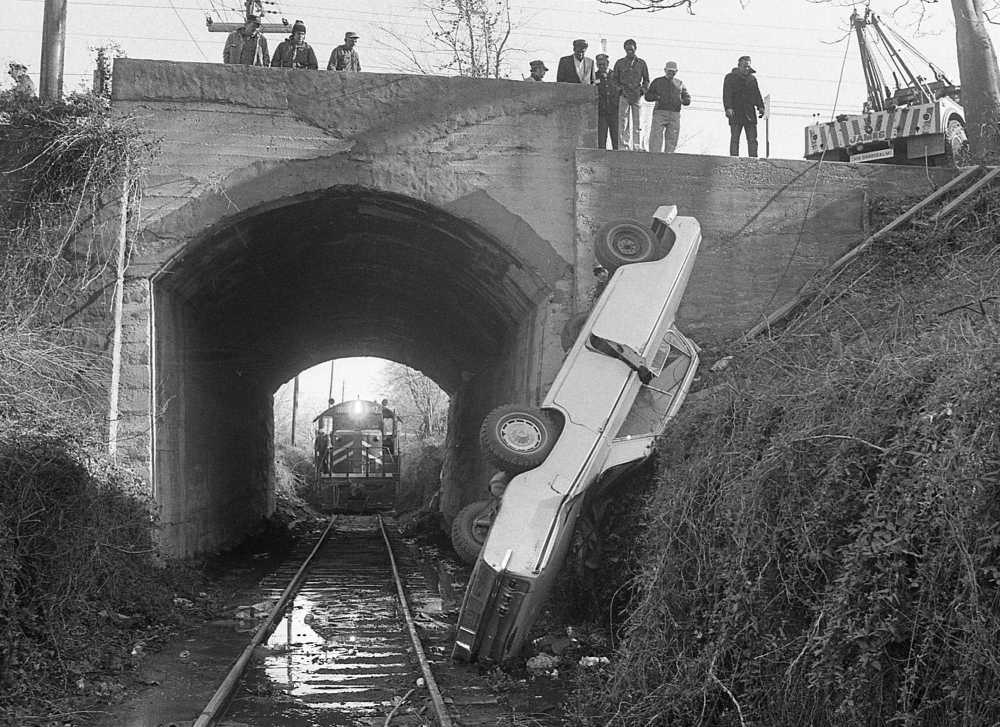 Imagine the surprise when an unidentified Missouri Pacific engineer found an upended car blocking the railroad tracks at the Morgan Oak overpass this morning. Police said the car, driven by Robert Lynn Davie, had been traveling west on Morgan Oak around 5:30 a.m. when an east-bound car, reportedly in the wrong lane, forced it off the road. Mr. Davie escaped with only minor cuts to his face and a finger. The auto was quickly pulled out by a wrecker and the train proceeded. The accident is under investigation by the Cape Girardeau Police Department. (Gordon L. McBride photo)