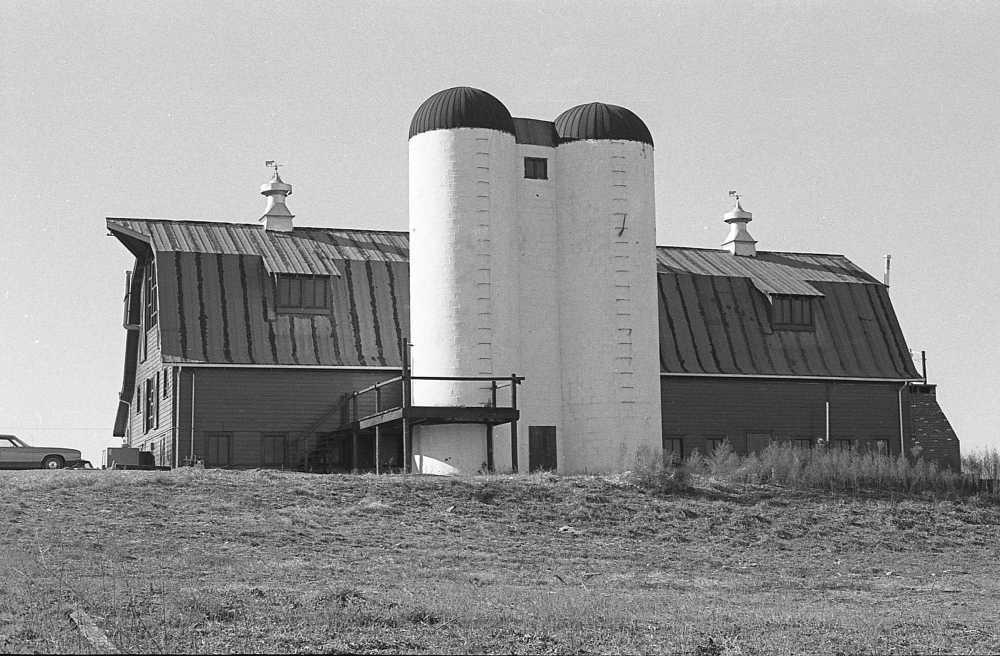 The old Schonhoff barn, a landmark in the city of Cape Girardeau, will remain one in the future, said the Rev. Jack Strickland, pastor of the Lighthouse Bible Baptist Church. (Southeast Missourian, Jan. 17, 1975)

In 1910, Franz Schonhoff established a dairy farm on the west side of Cape Girardeau, spanning the south and north sides of Independence Street. Established with six cows and a few acres, the farm would grow to 200 animals and more than 130 acres. Schonhoff's sons would later take over the family business. It was the first dairy farm in the Cape Girardeau to introduce Holstein cattle to the area, and it was the first dairy farm to qualify for Grade A milk.

In 1975, the barn was acquired by the Lighthouse Bible Baptist Church for $100,000 and was converted into a church. Haylofts were made into the auditoriums, with the upper risers becoming balconies. Central heat and air was installed. The first level is used as the fellowship hall, and the 40 cow stanchions are still intact. The restrooms are in the silos, which have been lowered and the tops capped off. The barn is an excellent example of how to save one of Cape Girardeau's historic resources through adaptive reuse. 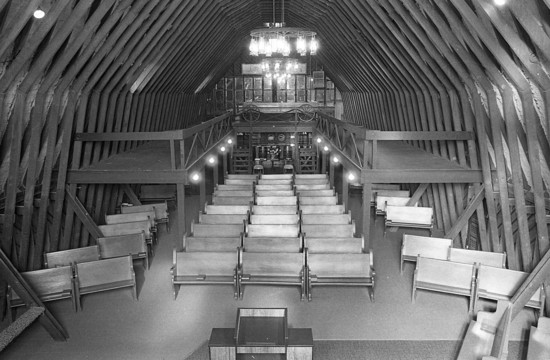 Haylofts in the auditorium of the barn now serve as balconies for the church, above. Furnishings for the church will be constructed to blend with the decor, said the pastor. The wagon-wheel lights will remain intact, as will the saddles, yokes, curry combs, horseshoes and bridles on the walls. 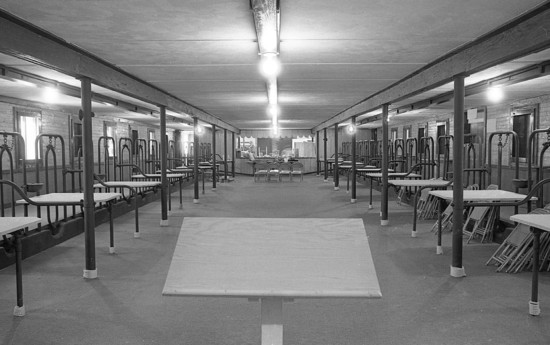 The milking stalls, located on the lower floor of the building, will remain intact, said the pastor. (Fred Lynch photos)

The old Schonhoff barn. Many remember the barn as the Schonhoff dairy which served the Cape Girardeau area for several years. The younger set remembers it simply as "The Barn," a gala and elegant nightclub that featured Nashville entertainment but survived only briefly in the city. Whatever the impression, the large red barn which sits commandingly amid new apartment complexes in the 2000 block of Independence will remain a landmark, according to the Rev. Jack Strickland, pastor of the Lighthouse Bible Baptist Church that recently purchased the barn for their growing congregation.

Lighthouse Bible Baptist was established in June of last year with an attendance of 45 and attendance has increased monthly. Church members have since June been meeting in the Tucker Truck Line building. Last Sunday the growing congregation held their first service in their new church with over 200 in attendance.

Mr. Strickland is concerned with keeping the barn-now-turned-church as a landmark for the community. "We are trying to keep it as close to the original structure as possible," he said. "There is a lot of history behind the barn and we have plans of compiling the history into a book form."

In remodeling the barn, Mr. Strickland hopes to keep everything as close to the original decor as possible. The custom-made pulpit, the only item added by the church to the building so far, consists of gray barn-type paneling edged in black and blends perfectly into the decorating scheme.

The auditorium is on the ground level of the barn and haylofts have been transformed into balconies. Plans to tier the balconies are underway along with plans to construct a baptistry under the stained-glass window at the front of the auditorium.

Downstairs temporary Sunday School rooms will be constructed where the milking was once done. The black iron milking stalls for dairy cattle will be left untouched, said Rev. Strickland, and plans for the future are to build an educational building and remove the classrooms, making the downstairs an activity center. Bathrooms are located in the barn's silos.

In the entrance of the church old leather saddles, curry combs, horseshoes, bridles and yokes will remain on the walls, said Mr. Strickland as will the wagon wheel lanterns that form four chandeliers in the auditorium.

In this previous blog, the Schonhoff Dairy farm is visible in a 1940s aerial photo of the SEMO District Fair:

In this blog, the Schonhoff Dairy farm can be seen in an aerial photo before Independence street was extended next to the barn: