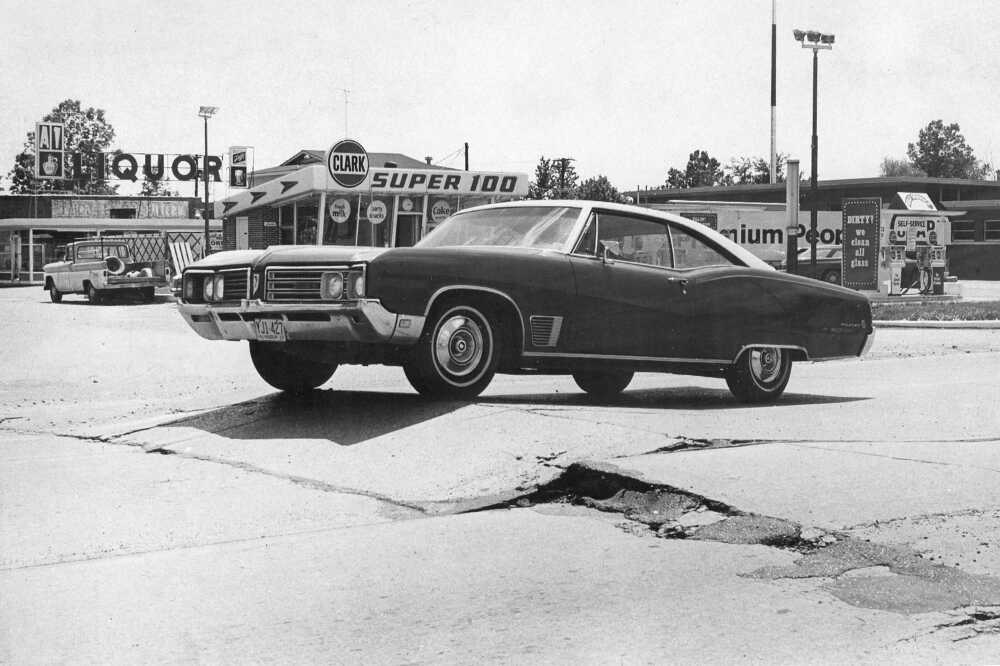 What may appear as a car trying to stunt jump is actually a driver on Broadway Thursday afternoon who was unaware that a section of the street had buckled when extreme heat caused the concrete to expand. The front end is elevated as it hits the bump at about 25 miles per hour in the 2100 block of Broadway.

Below, State Highway Department employees use a jackhammer to break up concrete which was replaced with asphalt. To replace with original concrete would have meant two or three days of work and rerouting traffic. 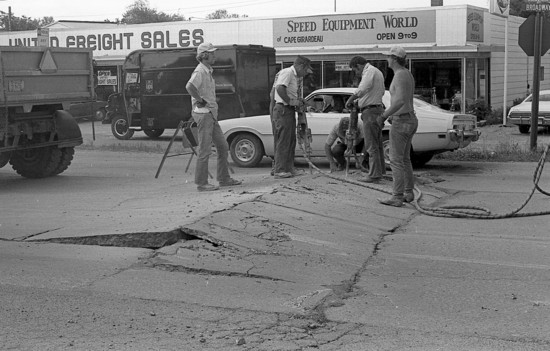