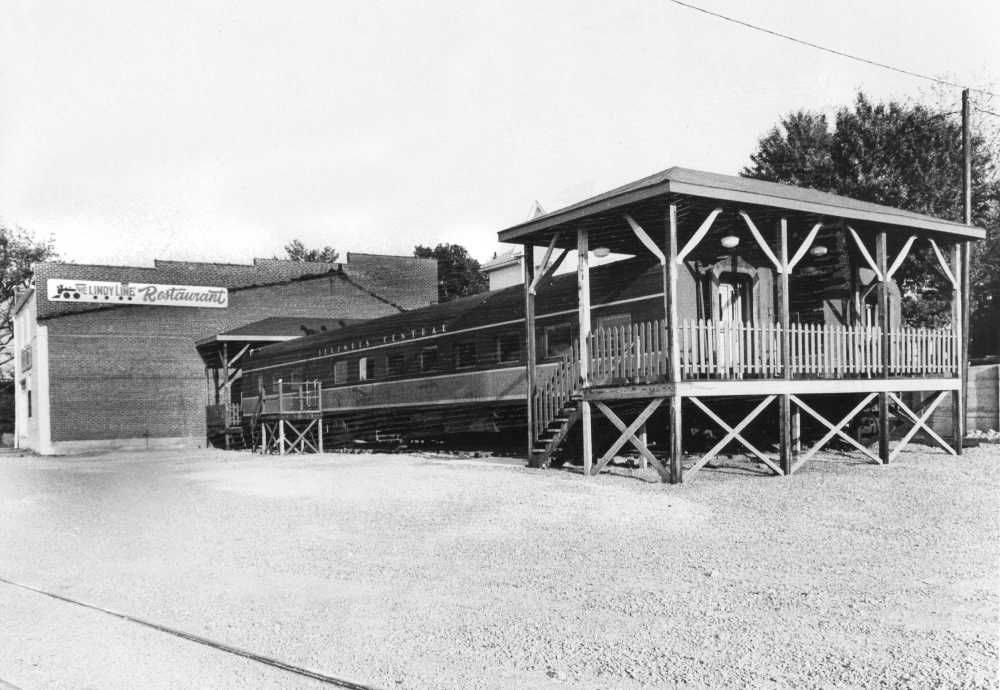 Trains and Things, a railroad museum, and the Lindy Line Restaurant, are all incorporated in this project at Independence and South Henderson to be opened Thursday by its owners and operators, Mr. and Mrs. Leslie Lindy. The interior photo, below, shows the railway diner, once in service on the Illinois Central's crack Panama Limited. This car parallels a plush club car, and in the background is the museum building containing paraphernalia for the nation's railroads. 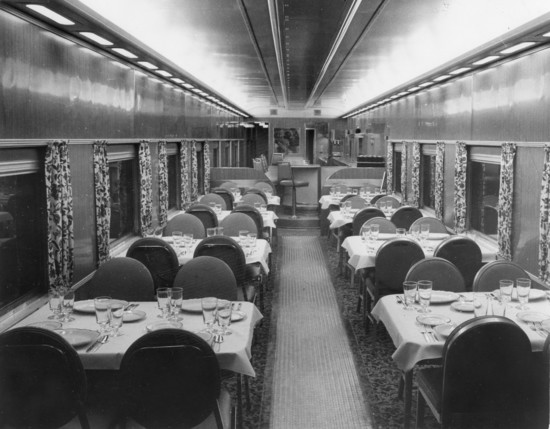 Trains and Things and the Lindy Line Restaurant were located on the former site of the E.C. Robinson Lumber Co. in Cape Girardeau. One of the cars housed a restaurant that was renovated to provide the service given by the railroad when the car was the main diner on the railroad.

G.D. Fronabarger detailed the new enterprise in his business column:

The diner is complete with restaurant kitchen and table and counter service for about 50 persons at a time. The restaurant menu, couched in railroad terms, will also contain a collection of railroad lingo to acquaint modern day visitors, especially young people, with some of railroading's past.

The sights and sounds of railroading will prevail, not only in the diner, but in the museum building that will display 135 small model locomotives, some 500 railroad cars of all types, including nine complete trains automated on a series of tracks with all the sounds of railroading. The museum's ticket office is the relocated old post office equipment from St. Marys, and several rooms will contain displays, in wall shelves and cases, of the model trains and railroad paraphernalia from the past to the present.

Naturally, with considerable investment in the project, Mr. and Mrs. Lindy must have a return through admission charge to justify their project. Adult tickets will be $1.50 and children's tickets 50 cents to the museum, with lower rates for group visits, such as school and other groups. A plush club car for public viewing lies alongside the diner.

"We have gone all out to try to give the public something interesting and at the same time preserve at least a part of the nostalgia surrounding many years of this country's railroading," Mr. Lindy said.

One of the interesting exhibits is a scale model locomotive and tender acquired from Charles Salter of Festus, who spent three years constructing it. The locomotive will later be placed with cars on track to be built and rides will be offered. The locomotive is a coal burner and will puff up a lot of railroad sound.

According to a story in the Oct. 9, 1977 Southeast Missourian, Lindy sold the dining and club train cars to David Katz and Donald Gehlback of Lincoln, Ill. They planned to move the cars to Lincoln and open a restaurant business there at an abandoned railroad station they owned. The item indicated Lindy was forced into retirement by ill health. He closed the restaurant here July 1, 1977.