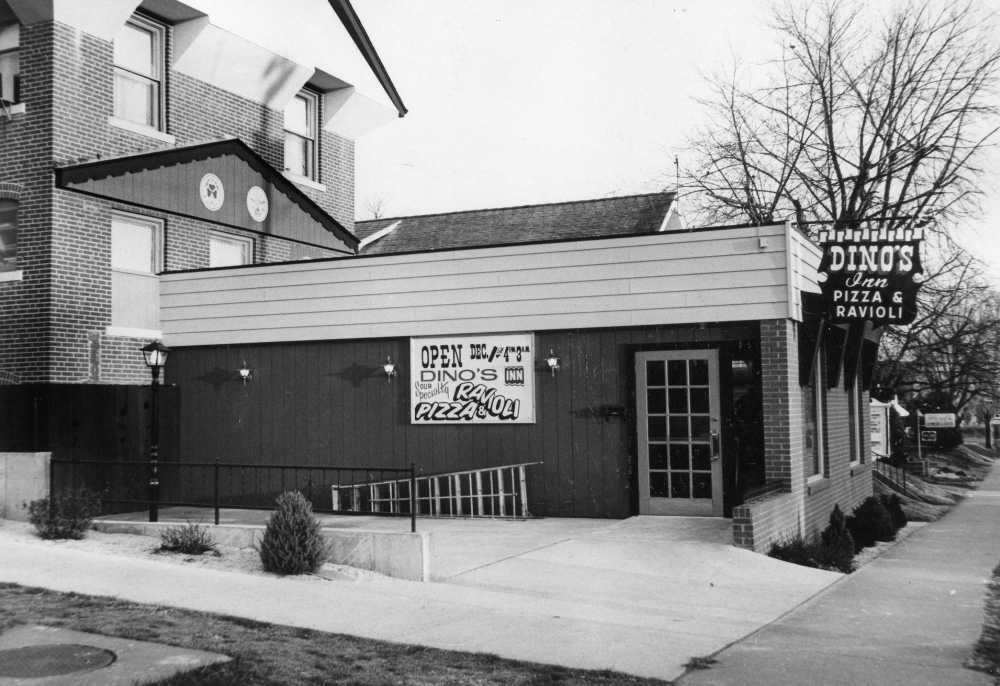 A short item in the Dec. 5, 1970 business column by G.D. Fronabarger announces a new pizza restaurant in Cape Girardeau. The photograph was published in the Feb. 27, 1971 Achievement Edition.

There are new faces on the local commercial scene. Dino's Inn, an eatery catering to pizza and ravioli lovers and their proper accessory food items, opened this week at 1034 Broadway in a building leased from Fred Dormeyer. Tom Bulian, whose restaurant experience was gained in St. Louis food spots, owns and operates the business.

Here is an excerpt from a story in the Jan. 4, 1987 Southeast Missourian about pizza restaurants in Cape Girardeau:

Dino's, Cape's oldest pizza parlor, has been operated by the same family in the same location since 1972.

Gus Demopoulos, manager and owner, said Dino's continues to be successful because they offer a variety of foods, but "we've been here for so many years we have a following. Dino's is a tradition."

The family-owned restaurant features a variety of Greek food, but Demopoulos said pizza is their primary business.

"We only have thin crust, but it's a unique type of pizza," he explained. "Nobody else makes Greek-style pizza. Ours is a crispy type of crust while the others are more gooey. All the other places cut it into pie shapes. We cut it in squares so it's easier to eat and pick up.

Located near the SEMO campus, Demopoulos said about 40-50 percent of Dino's business is from the college, and Dino's has coupons and beer specials to attract the students.

"When college is in session, we run a lot of coupons and we have a big response. About 80 percent of our coupons are used by students," he said.

Dino's also delivers, but he said delivery was not as important to Dino's game plan as their restaurant business.

"Pizza is quick to make and an easy solution for a meal," Demopoulos said. "Plus there is a lot of versatility in pizza. There's not any other food that you can make so many different ways. And they won't bring a burger to your house."

However, since then both Pagliai's and Pizza Inn have been sold, Pagliai's in 1973 and Pizza Inn in December 1986. Dino's is therefore the oldest pizza parlor continuously owned by the same family and operated in the same location in Cape Girardeau, as was reported in a Sunday story about local pizza parlors.

The restaurant was remodeled three years later. Excerpt from the April 29, 1990 Southeast Missourian:

Dino's Restaurant has a new look

Dino's Pizza, which was founded here more than 20 years ago by Nick and Fotoula Demopoulos has undergone complete remodeling.

"We've put in new walls, including one mirrored wall, new tables and chairs, new booths, and new flooring," said Fotoula Demopoulos, owner of the restaurant which has been located at 1034 Broadway since 1969.

"The remodeling project is sort of a 20th anniversary project," said Demopoulos.

Demopoulos and her family came here from Athens, Greece, in 1969, and established the pizza restaurant in 1970.

"When we opened, we became the fourth pizza place in town," said Demopoulos. "At that time, we had Tony's Pizza, Shakey's Pizza and Pizza Inn. Later in the year, a fifth pizza restaurant--Pagliai's Pizza, opened.

"I make my own dough, sauce and sausage," said Demopoulos. "And, we have some special recipes that you can find only at Dino's. We bake our ground beef, then grind it in with spices." 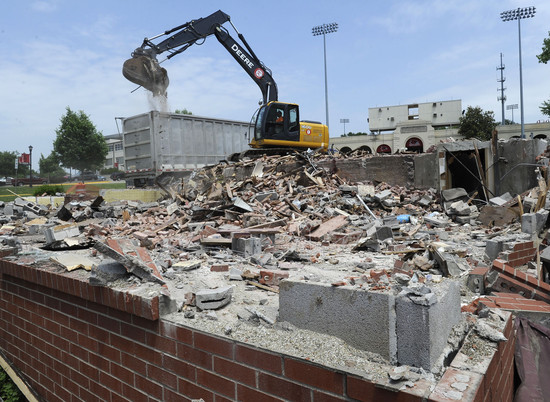 Demolition of the former Dino's Pizza building continues Monday, May 19, 2014 at 1034 Broadway in Cape Girardeau. The Southeast Missouri University Foundation purchased the building in April. Asbestos abatement took place in the building before its demolition. The property is to be seeded and become green space.