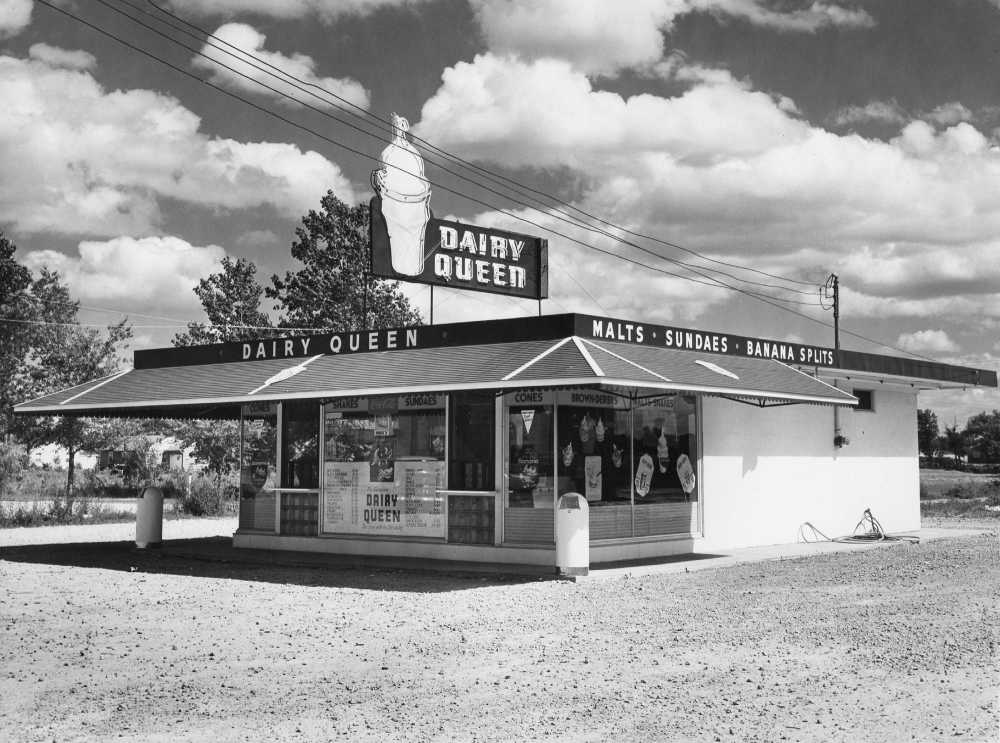 NEW OWNER -- J. J. East, previously owner of Westmount Tourist Court, has purchased the Dairy Queen on West Broadway from George I. Staley. The transaction was completed during the winter months and Mr. East has opened the establishment for the season.

Thompson's Dairy Queen is listed at 2129 Broadway through the 1962 directory. From 1964, the address is not listed.

Jim Thompson's new Dairy Queen in the Ford Peebles complex at Broadway and Pacific, has not only the regular drive-in facility usually associated with such facilities, but has an 80-person capacity restaurant equipped with fine taste in furnishings, including the red carpet treatment. Various types of short orders are featured.

(The business complex became known as the French Village.)

The Dairy Queen on West Broadway was located to the west of Pfister's Drive-In.

This photo shows the area before Dairy Queen was built: