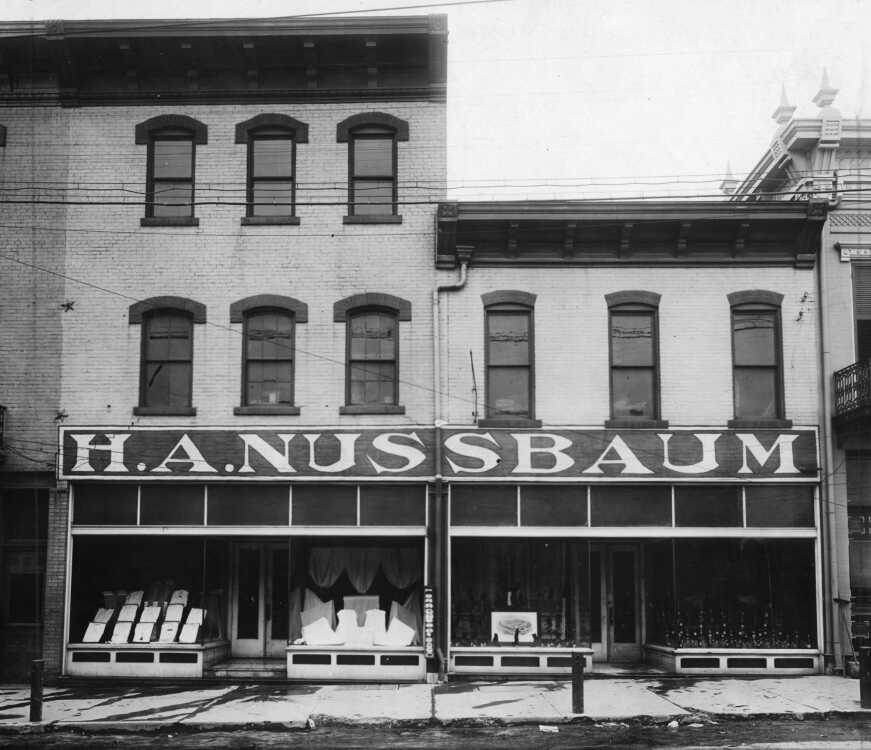 The H.A. Nussbaum building is seen in the early-1900s photograph at 631-633 Good Hope street in Cape Girardeau.

Haarig is having a building boom; Theodor Bauerly and the Nenninger brothers are building a double, two-story brick building on the north side of Good Hope street, between Frederick and Sprigg streets, and H.A. Nussbaum will build a big addition to his store as soon as the weather permits.

Things are hopping in Haarig; the Miller & Kinder drugstore is being moved into its new quarters in the just-completed Anderson building; the Haarig Furniture Co. is moving into the same building and the H.A. Nussbaum store is putting goods into the store room being vacated by Miller & Kinder.

A fire broke out in the H.A. Nussbaum store on Good Hope Street last night, which for a while threatened to destroy the entire stock of goods as well as the building; a heroic fight by Joe Haas, Ben Haman and several other Haarig people, however, held the flames down until the city firemen arrived to douse the blaze.

The smaller building to the right, 633 Good Hope, collapsed July 3, 2014. Here is the story and a recent photo of the site: