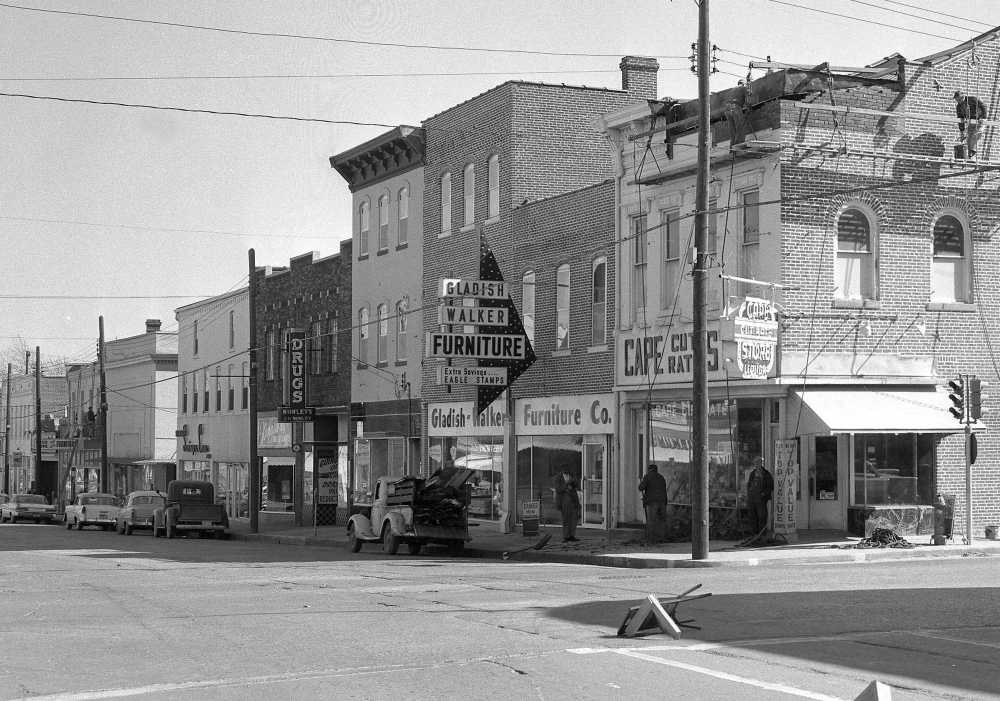 The Midtown Shopping Area was undergoing renovation in March, 1961, including the remodeling of the Cape Cut Rate Drug Store on Good Hope. The building was sandblasted and tuck pointed to give it a more modern look. Similar work was going on at the Good Hope New and Used Furniture Store down the street, to the left in the picture. (G.D. Fronabarger photo) 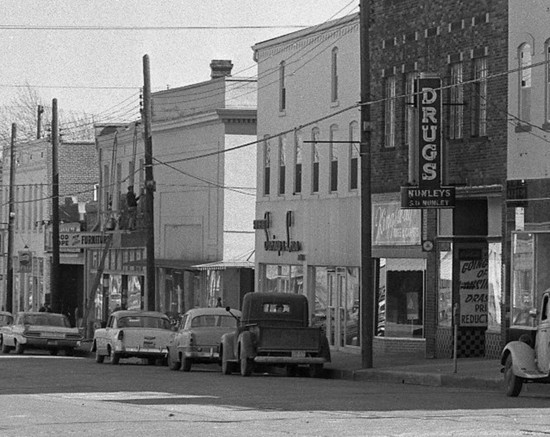