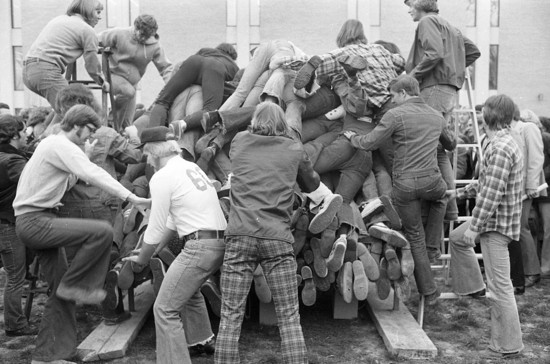 Myers Hall men are crammed on the bed from the two ladders on the side as they break the world's record.

Tongues hanging out of red faces, grunts and screams raged as 60 residents of Myers Hall at SEMO State University piled on one shaky aluminum-framed dorm bed Thursday to break the world's record of the most men in a bed.

The college students hit the record of 60 in a bed, minutes after breaking their record with 59. The record had been 50.

Niedbalski was one of the guys on top, he was lucky. "The guys on the bottom were dying," he said.

Another young man commented, "All I could do was scream."

"It was a weird experience to be in the middle of 50 guys, but I didn't have it too bad," explained a man from the middle of the pile.

"The second time wasn't as bad as the first," remarked one man. But he might have a difficult time convincing the bottom man that almost fainted of that statement.

After the bed ran over with 60 bodies the men quickly piled off to be counted. When the number was announced, a mass of Myers Hall men cheered, congratulated each other and slapped hands in an atmosphere of comraderie.

They accomplished their feat.

But in the joyousness of the moment there were no takers when a young man asked, "Anybody for 61?"

According to the website, the most people crammed on a single bed is 51 and was achieved June 4, 2011 by a German sports club and a TV host. 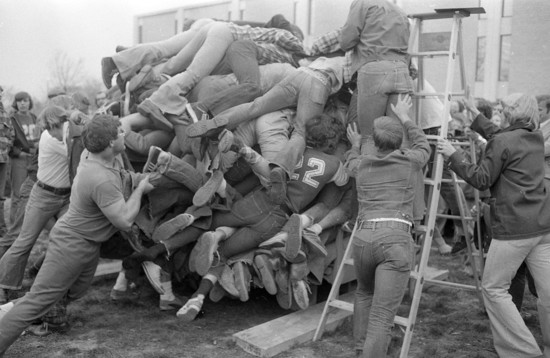 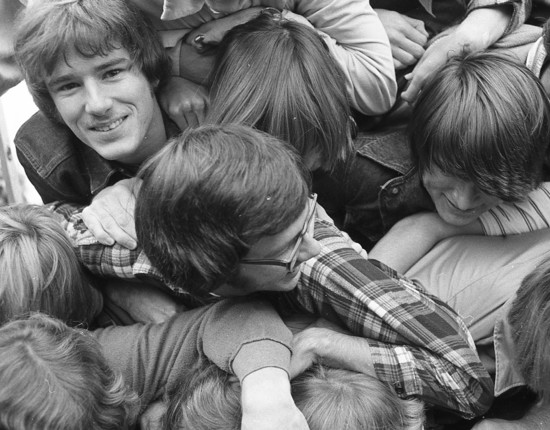 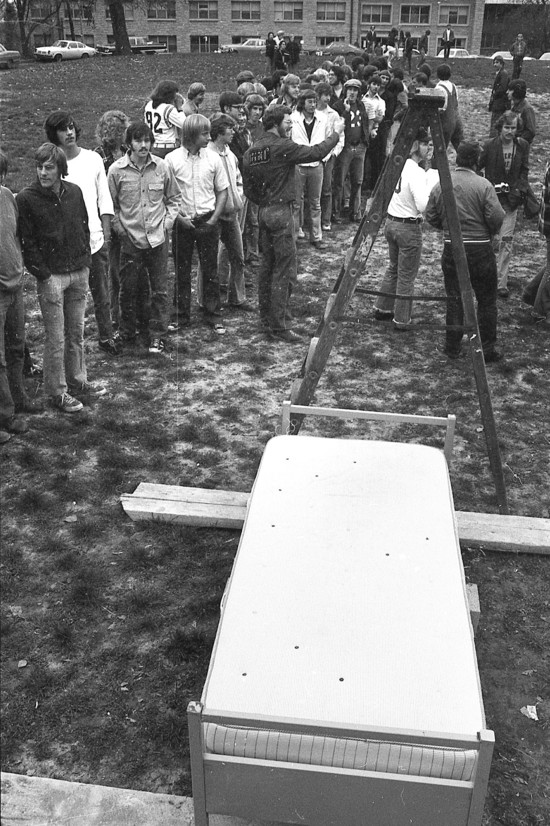 The Myers Hall men line up to be counted after piling 60 bodies in the notoriously uncomfortable dorm bed, which was braced by concrete blocks and in between two supporting ladders. Below, the men celebrate after their feat. (Gordon L. McBride photos) 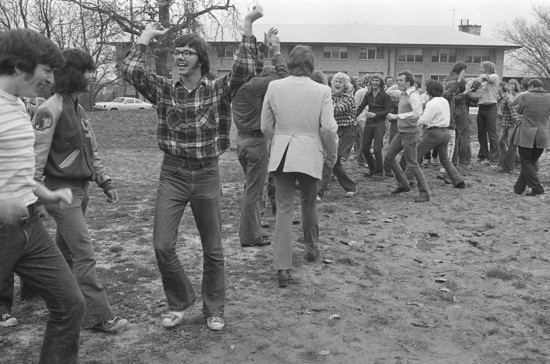