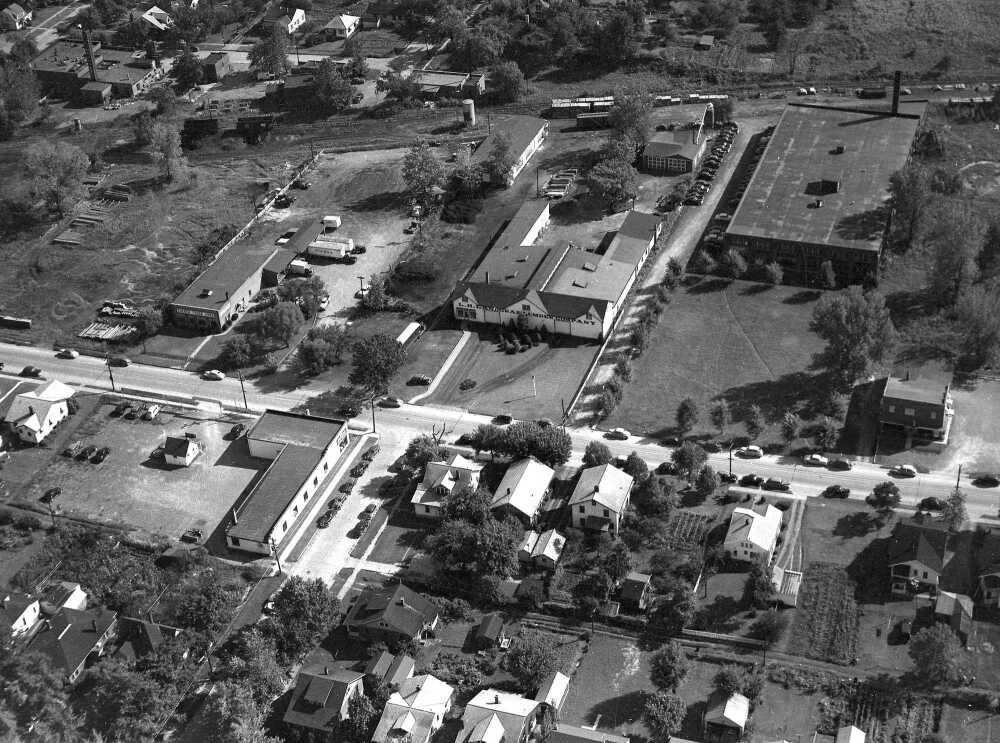 This aerial photo by G.D. Fronabarger was made about 1950. In the lower left corner, Walter Adams Motor Co. is shown. Read more about the new Hudson dealer below. Above, left, is L.A. Tucker Truck Lines. In the center is Landgraf Lumber Co. and at right is Superior Electric.

Read more in these previous blogs: 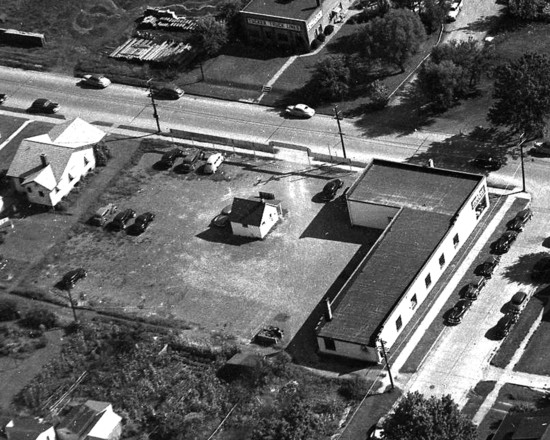 A continuous crowd of people filled the new building at 1444 Independence street, quarters of the Walter Adams Motor Co., Hudson dealer for the Cape Girardeau area, Saturday when the formal opening was held. According to Mr. Adams, approximately 4000 persons visited the building, when a special display of new Hudson was featured. Music was provided throughout the day by the Hillbilly Band. 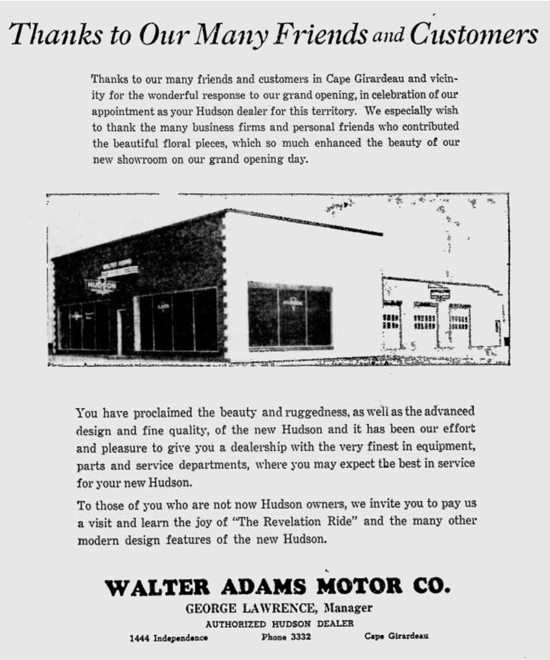 An advertisement for Walter Adams Motor Co. in the Southeast Missourian on July 14, 1950 stated, "We are not out of business, as is rumored. New Hudsons in stock. We have the largest Hudson parts and accessories department between St. Louis and Memphis. We service any make car in our shop."