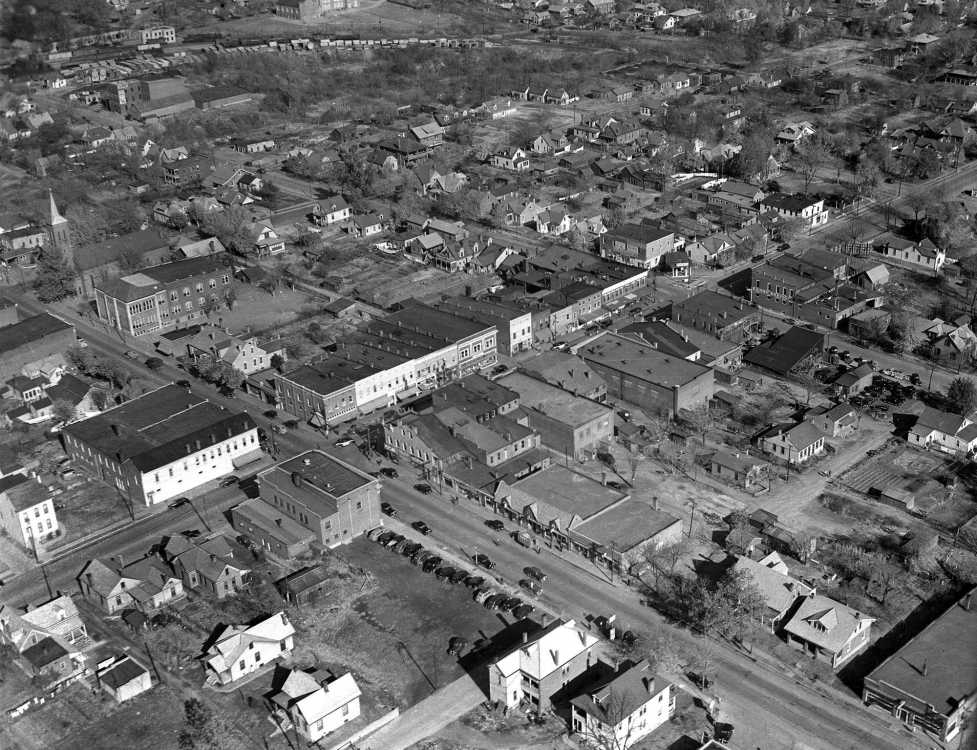 This aerial photograph, above, by G.D. Fronabarger shows the Haarig business district. South Sprigg street, in the foreground, connects with Good Hope street. The steeple of St. Mary Cathedral is seen at the left with St. Mary's School next to it. The photo looks to be from the 1940s. 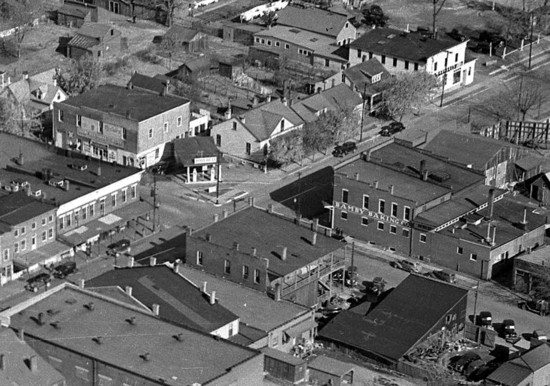 The photo above shows a building with the sign, Bamby Baking Co., on the wall at 533 Good Hope, as listed in the 1949 city directory. A gas station is across the street on the corner of Good Hope and Frederick street, listed as Wides Oil Co. Behind it, the 1942 directory lists Sunny Hill Seed warehouse at 249 S. Frederick.

Read more about the early history of Wielpuetz Bakery and Bamby Bread in this blog. 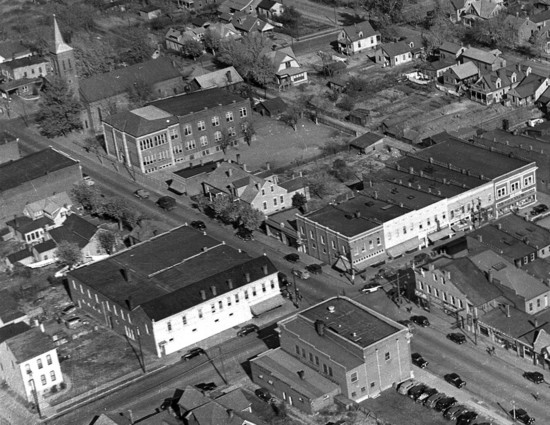 The William Hirsch house, in the lower left corner, was at 720 Good Hope St. The house was built around 1860. With massive, 13-inch-thick brick walls, it had nine rooms and two halls on the two main floors, with four more rooms in the basement and one on the attic level. Hirsch's father, George Hirsch, founded a mercantile store at Sprigg and Good Hope streets on July 4, 1876, naming it the Centennial Store. It later became Hirsch's Thriftway. Expansion of the store's parking lot caused the old Hirsch home to be demolished in 1958. --from Lost and Saved Landmarks

Read about Hirsch Brothers stores in this blog.

Read about Farmers & Merchants Bank in this blog. 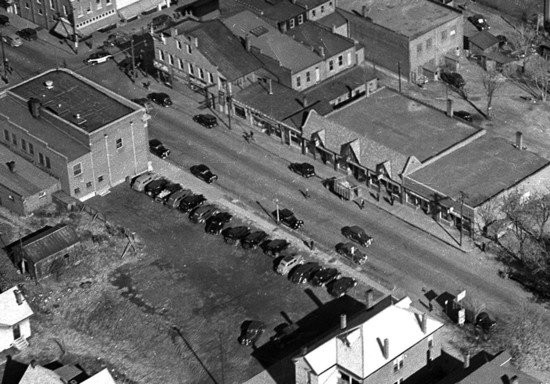 In the lower right corner is Lesem Tire Co., 325 S. Sprigg. Read more in this blog.

The bank building was razed in 1995 and the Salvation Army headquarters was built on the property.