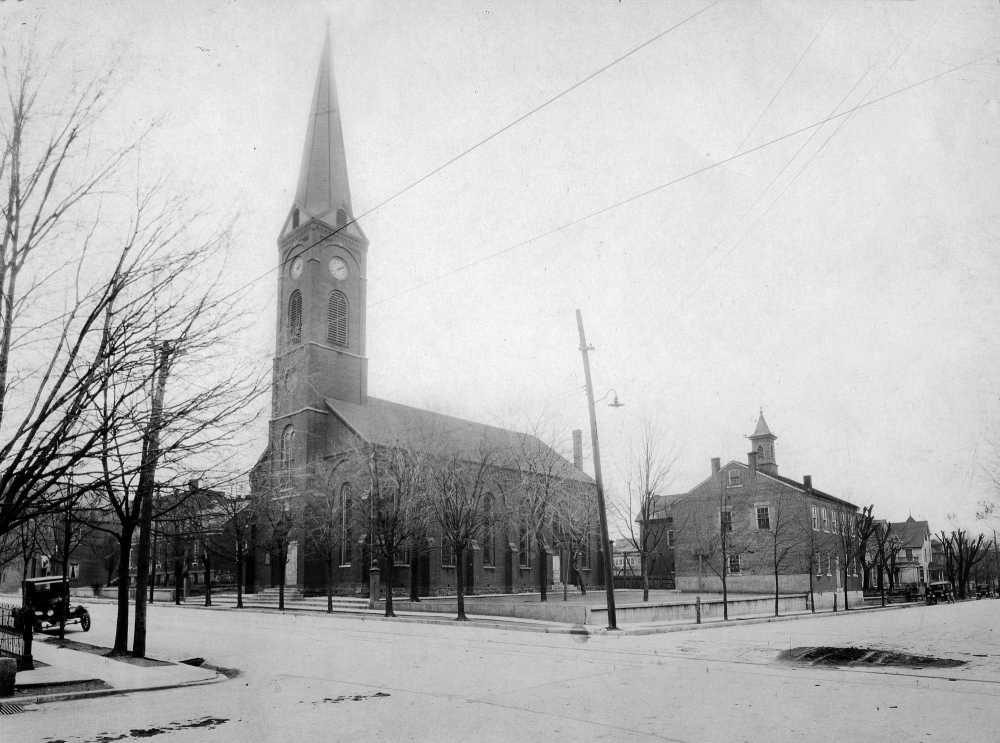 This early photograph of the original Trinity Lutheran Church on Frederick Street in Cape Girardeau also shows Trinity Lutheran School nearby. The school building was constructed on Themis street in 1865. That building was used until 1925, when the present school on Pacific street was completed.

The church on Frederick Street was actually the second building used by the congregation.

Trinity Lutheran School opened Nov. 12, 1854, in a rented house that also was used for church services. Pastors served as teachers until the first full-time teacher was hired in 1859. A new church building was constructed at Frederick and Themis streets and dedicated on Nov. 2, 1879.

The old church building was razed on April 18, 1979. A new church was built on the site and dedicated May 2, 1982. It is the third building to serve the congregation.

On October 31, 1855, 18 months following the organization of the congregation, the first church was dedicated to the service of God. The building, which measured 40 x 24 x 18 feet, was erected at 512 William Street and served Trinity for 24 years.