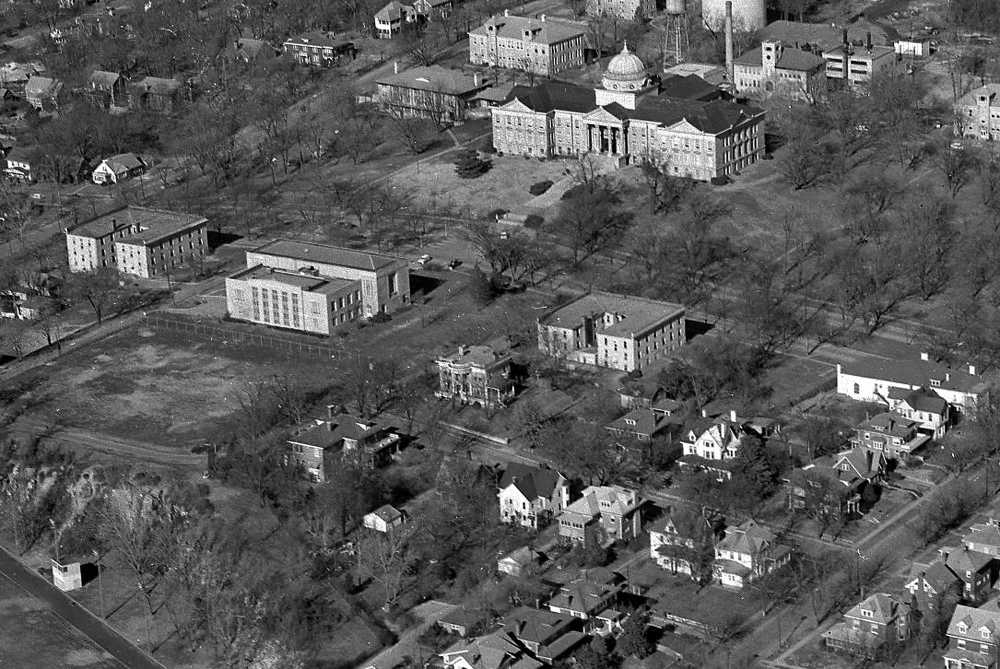 This aerial photo by G.D. Fronabarger shows a portion of Southeast Missouri State College in the 1950s.

Academic Hall is prominent at the top. In the center, to the left, is Kent Library.

To the left of the library is Leming Hall, a women's dormitory, site of the present University Center.

To the right of the library is Albert Hall, a women's dormitory.

At the far right side is the Baptist Student Center.

Normal Avenue runs between the buildings and Academic Hall.

In 1958, the college would begin demolition of Albert Hall and the Houck house, along with the nearby Haas house, to make way for construction of a women's dormitory, Dearmont Quadrangle.