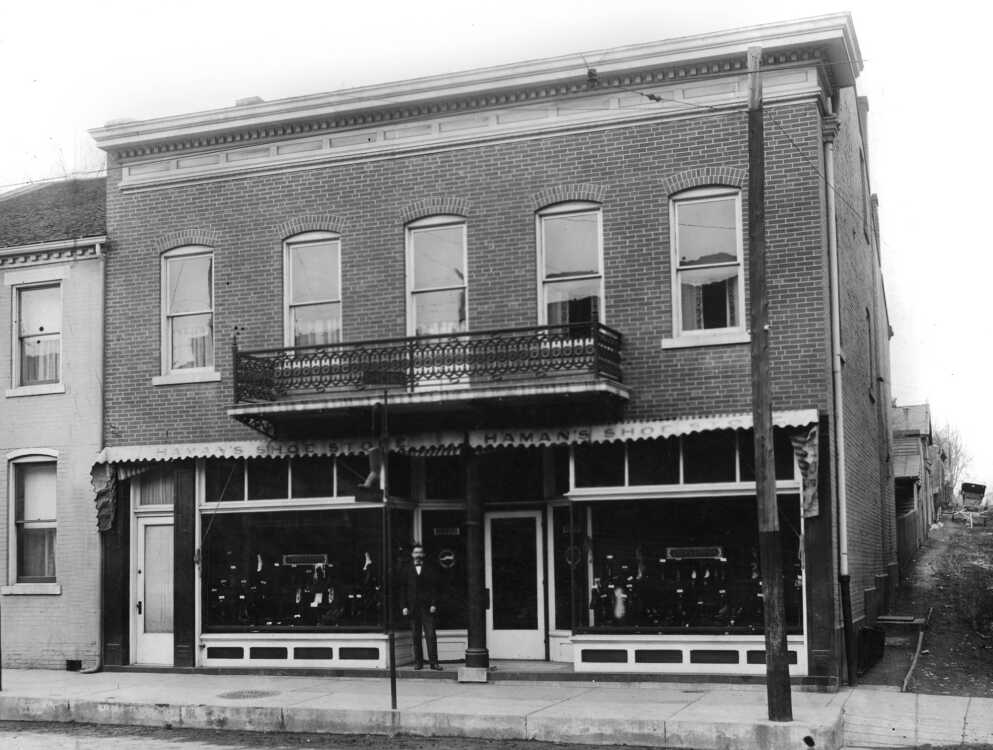 Haman's Shoe Store at 622 Broadway was constructed in 1910. Charles J. Haman moved into the new building, one of about 100 new buildings constructed in Cape Girardeau that year. After 42 years in the shoe business, Haman retired and sold the building in 1942.

No business, no line of clothing has changed so much as has the shoe business and shoes, in the opinion of C.J. Haman, who is selling the stock from his footwear store at 622 Broadway, to retire. Mr. Haman, 42 years a shoe merchant in Cape Girardeau, his native city, is quitting business because of ill health.

The practices, too, he said, have changed greatly, recalling that not so many years ago every store in town remained open until 9 or 10 o'clock each night. Those were the days when one width was all that was offered for the shoe purchaser--compared with nine standard widths to pick from today. Thirty or 40 years ago all shoes were made in the East, while a comparatively small percentage of eastern made shoes are offered here now.

Black shoes used to be all one saw, or cared for. More than 40 years ago, Mr. Haman recalls, a Main street store, operated by W.V. Leach, had a "wonderful" line of women's shoes for that time, the "serge" line consisting of three styles of footwear. They were made of cloth and had touches of patent leather. He said the manufacturers once did not bother to remove such factory fittings as wooden pegs from soles of the shoes, and the retailer had to see to it that these pegs were sheared off before the shoes left the store.

The shoes used to come in boxes containing a dozen pairs, and to take them out and replace them in the container again tested the ability of an expert.