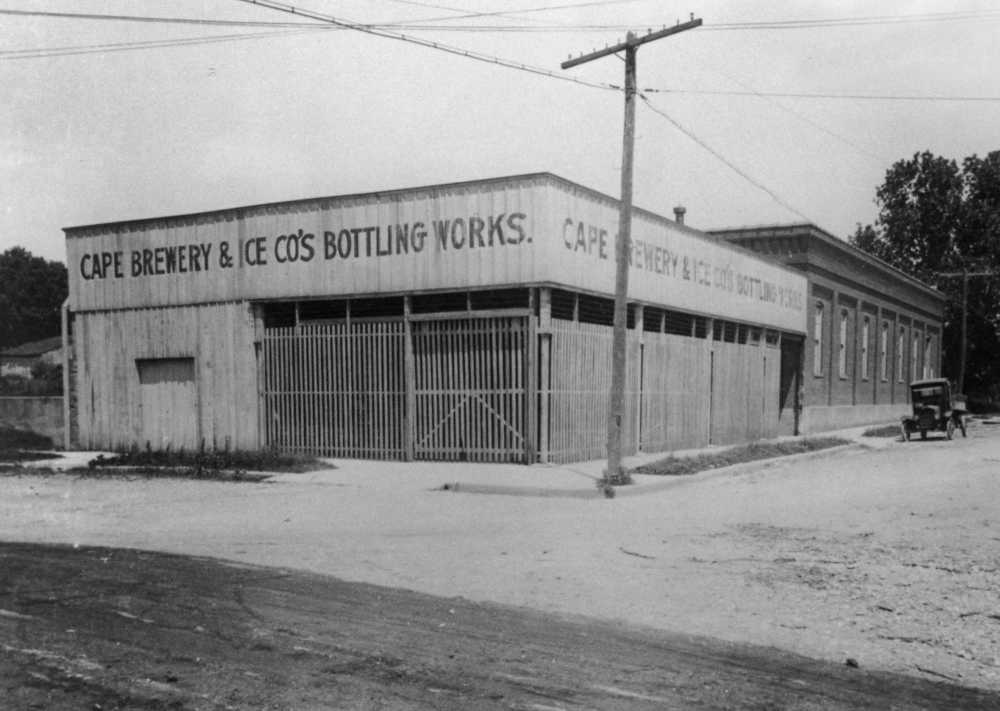 In 1892, Cape Brewery & Ice Co. was established at Morgan Oak and Middle streets in Cape Girardeau, with Adolph Ruediger as president and Otto Hanny as superintendent. The ice house was in the building facing Middle street, with the fermenting tanks in the center of the structure.

In 1905, additional land was purchased adjoining the brewery to the south to construct a brick and concrete building to house the bottling works. In November 1906, Cape Brewery came under the ownership of Max J. Koeck of Chicago and F.W. Snyder of St. Louis. In December of that year, Cape Brewery held its annual board of directors meeting in the new bottling house and elected new directors.

Brand names of the beers made at the plant were Royal Export, Drummers' Choice, Standard Lager and Capaha Beer. It could produce 125 cases per day.

During Prohibition, the brewery manufactured ice in cakes measuring 40 inches by 18 inches by 11 inches at a weight of 300 pounds each.

Koeck sold the plant to Henry Vogelsang in 1929. He reopened the brewery in 1934, producing a daily average of 30 barrels of beer. The brewery finally closed in 1940, and five years later, the Vogelsang family leased the building to Missouri Electric Works. That company remained in the old building until Dec. 27, 1952, when it was destroyed by a fire.