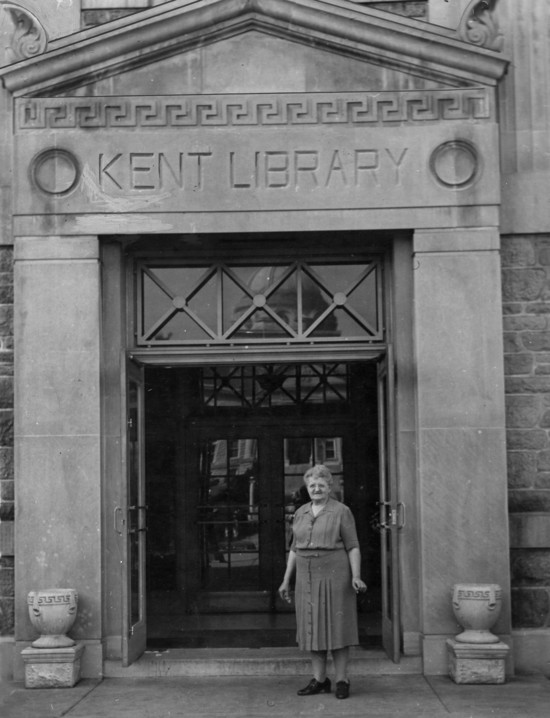 Sadie Kent stands outside the library named for her in 1943 at Southeast Missouri State Teachers College. Kent retired that year as head librarian.

Kent Library was unnamed when it was dedicated on Nov. 7, 1939. The Board of Regents at Southeast Missouri State Teachers College had planned to name the library after Sadie Kent, who Regent I.R. Kelso of Cape Girardeau called "the best librarian in the United States." Construction of the new library building began in September 1938.

Because the building was constructed partly with federal Public Works Administration funds, that agency would not allow its buildings to be named after living persons. The college reacted by leaving a blank space on the stone above the front door. In 1943, after the Public Works Administration became inactive, the college officially named the library, Kent Library. The words were etched in stone above the front door as the regents had originally planned. Kent retired that year.

Kent had been the college's head librarian since 1910. She had left her position as Dean of Women and assistant librarian at the Normal School. Kent had been an innovator, starting one of the earliest textbook rental systems in the Midwest.

Kent also instituted an "open stack" system during her administration, allowing students to access books for studying or browsing when most college libraries denied or strictly limited access.

When the library area in Academic Hall got too crowded because of increase enrollment and continual enlargement of the book collection, Kent began assisting with requests for a new facility. It was her building design, devised while she was a student at Columbia University, that architects based the new library plans upon.

Kent was assisted by Dr. Harold O. Grauel in carrying the first book, the Bible, to the shelves of the new library building.

Read more about Sadie Kent in this previous blog: 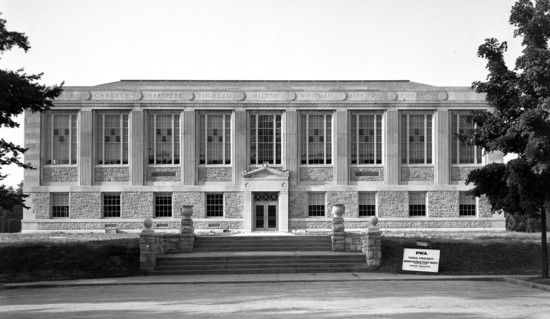