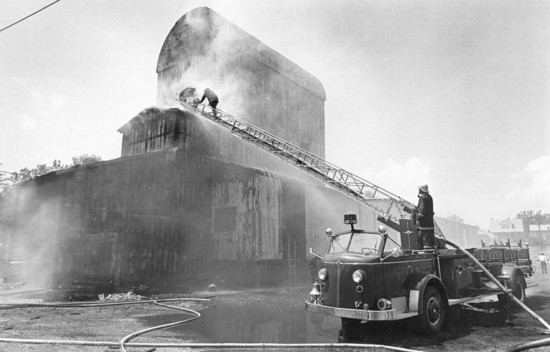 Cape Girardeau firefighters used the old aerial ladder truck Sunday to extinguish a fire in a storage building which adjoins a now-closed seed cleaning plant at 16 S. Frederick St. Most of the damage was confined to the smaller storage building which was being used to store old newspapers for shredding into insulation. The city's new aerial platform ladder truck is being displayed this week at a fire chief's convention in St. Louis. (Mark Sterkel photo) 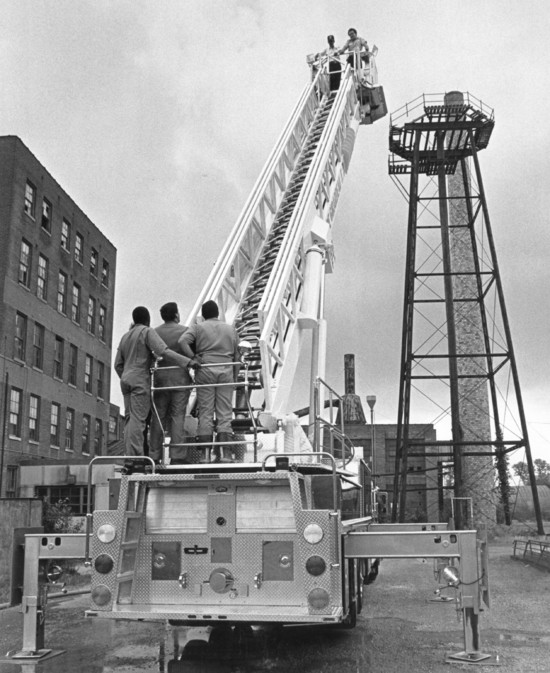 The Cape Girardeau Fire Department had their new 102-foot aerial-platform ladder truck out at the old Florsheim Shoe Factory building Wednesday afternoon for testing and training of fire department crews. The truck will go into service in the next week or so. A public open house for the new truck will be Saturday and Sunday from 1-5 p.m. at Fire Station No. 1. (Mark Sterkel photo)