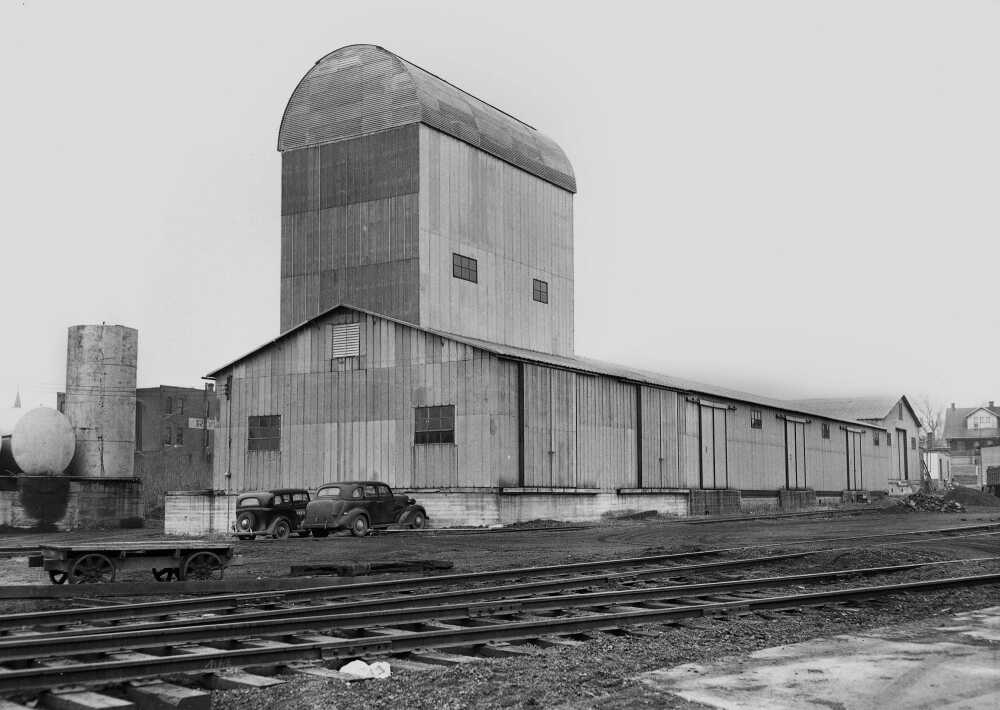 This new warehouse and the elevator superstructure towering above it were erected alongside the Missouri Pacific tracks at Frederick-Independence streets this past year by the Eggimann Feed & Produce Co. Both structures are all metal. The warehouse is used as a storage place for the company's seeds. The elevator will be the site of a seed cleaning plant the firm expects to place in operation next fall. It is 58 feet high overall and is 50 feet in height above the first of four floors to be built in the structure. Six different seed cleaners are to be installed in the plant. (G.D. Fronabarger photo)

A seed cleaning plant is being built by Eggimann Feed and Produce Co., on property leased from the Missouri Pacific Railroad at 14 South Frederick street. The plant, which will include a grain elevator, will be at the rear of the Eggimann warehouse, formerly the Cape Supply Co. warehouse.

A.C. Brase, manager of the produce company, said the plant will be able to clean any type of seed, including clover, which requires three treatments. Two big cleaning mills will be installed. The elevator, which will be 20 by 30 feet and rise 50 to 60 feet above the ground, will be used to obtain a gravity flow while seed is being cleaned.

Eggimann Feed & Produce, 514 Independence, has been purchased by Mr. and Mrs. H.C. "Hank" Mellone of Cape Girardeau, who have taken over its operation.

Purchase was made from the estate of the late A.C. "Doc" Brase and from Mrs. Gladys Cain, who owned a fourth of the business. Assisting in the transaction was Tim Singleton of ERA Cape Realty. The new owners are leasing the structure from the owner, John Baker.

The Mellones have lived in Cape Girardeau for many years. At one time Mr. Mellone worked with the University of Missouri Extension Service.

The business was established Oct. 8, 1938, by Brase and the late O.E. Eggimann. Eggimann sold his interest in 1946, half of it to Mrs. Cain and the other half to Brase, who had been associated with Harris Motor Car Co. Brase joined the feed and produce store in 1943 and had remained active in its management until his recent death.

O.E. Eggimann established the business on South Frederick street in 1926. It moved in 1938 to 514 Independence, the former site of Pollack Hide and Fur.

The Rush Hudson Limbaugh Sr. U.S. Courthouse is now on the site of the seed cleaning plant.

Below is the Eggimann Feed and Produce Co. building which no longer exists. 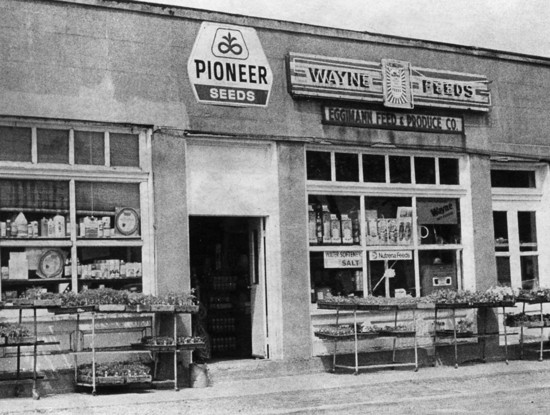 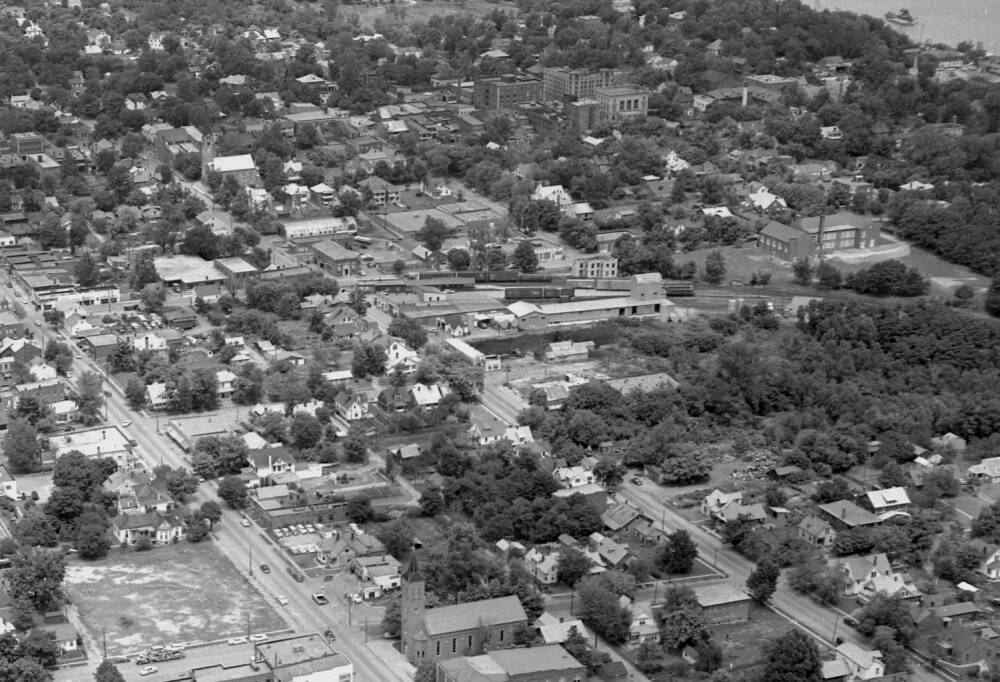 Order this photoThe Eggimann Feed seed cleaning plant is seen near the center of this 1950s aerial photo by G.D. Fronabarger. Behind it are the Missouri Pacific freight depot and the old Cape Girardeau Northern (Houck) depot, looking toward Independence Street with Fire Station No.1 on the corner. To the right is Lorimier School.

Below on the left is an empty lot that was the site of St. Mary’s High School, across from St. Mary Cathedral at Sprigg and William streets. The school was razed in 1956. In 1958, National Food Store would be built there.