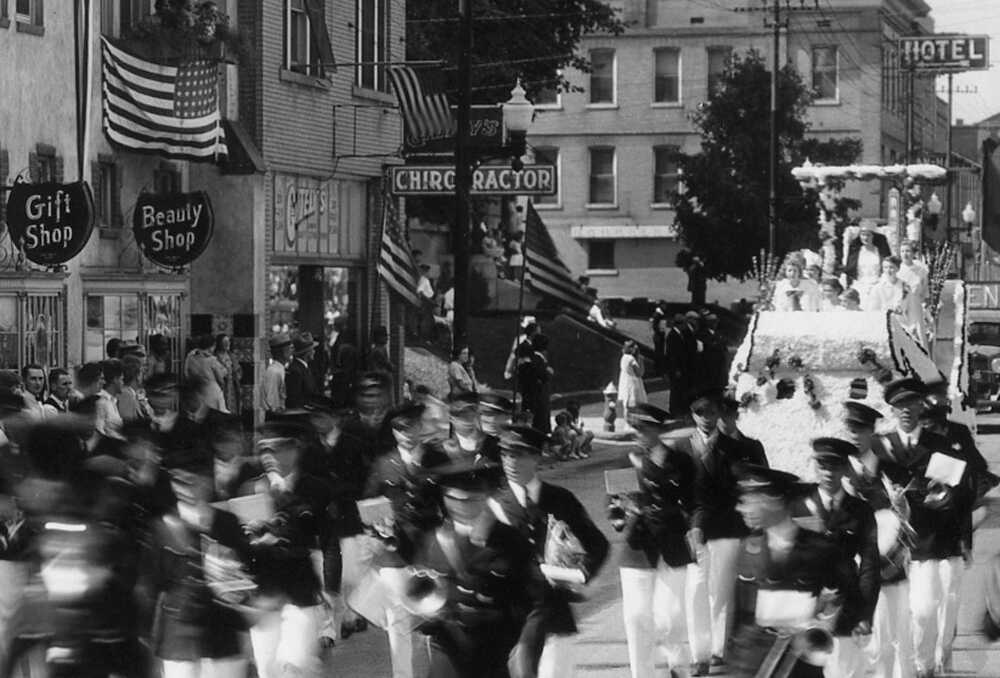 The School Day parade proceeds past Gately's store at 313 Broadway on Oct. 5, 1934. Gately's was located in the Vedder building next to the Southeast Missourian.

Reports Indicate Many Would Establish Stores

Establishment in Cape Girardeau of a number of stores of national chain corporations is being considered, and in some instances sites have been looked over and virtually accepted, The Missourian was informed today.

From reliable sources it was learned that the Kress Co., which has a lot on Broadway, will within the next two months establish one of its stores here. It is reported the erection of a new building is planned.

Representatives of the Atlantic & Pacific Tea Co., which has stores throughout the East and Middle West, were here recently looking over available sites with the intention of locating an A&P store.

The Newberry Corporation, a national concern which has a number of its 5 cents to $1 article stores, has leased the building now occupied by the Bohnsack Clothing Co., and will begin remodeling the structure in January in preparation for opening early in the year.

The J.C. Penney Co. will move into its new location Jan. 2.

Louis Hecht denied today that a lease had been signed on the building he owns which is now occupied by the Penney store, but stated that several companies were negotiating for the site.

The Gately chain store, dealing in men's and women's ready-to-wear merchandise, jewelry and automobile tires, will be formally opened at 313 Broadway at 9 o'clock Saturday morning. The store, which is the 13th in the Gately organization, will be opened by J.P. Gately, founder and president, and O.J. Miller, vice president and general manager of the organization.

When the store opens motion pictures will be taken by newsreel cameramen from the Fox Film Corporation of St. Louis. These pictures will later be shown on the screens of Cape Girardeau theaters, it was announced. The pictures will show the crowd about the store.

Executives of the Gately organization will compose the reception committee to welcome the public and conduct persons through the store. Peg Meyer's orchestra will play from 9 to 12 a.m., from 2 to 5 and 7 to 9 p.m. Appropriate souvenirs will be given.

The store is attractively furnished. Men's and women's departments are arranged on opposite sides of the store, while in the center of the building women's garments are displayed in cases that flank either side of the cashier's cage. These show cases have been made attractive by the use of textone backgrounds.

The floor is laid with heavy patterned carpet. The walls of the building have been decorated in tiffany blend by William Hagen and son, interior decorators.

One feature of the store will be a women's reception room, while this room, which will be located in the front portion of the store, has not been completed as yet because of failure of materials to arrive, it will be at the service of the public. When materials arrive the reception room will have the appearance of an Arab tent, and will be given an oriental atmosphere by being constructed from brightly colored silks.

Another feature of the store will be the electric neon tube-lighting sign at the entrance. Red tube-light will be displayed from the center of the sign, while a blue tube-light will border the sign. There are now a number of these signs in the city, having made their appearance here late in 1928.

Removal of the stock of merchandise of Gately's store from 313 Broadway, where it has been located for 13 years, to the former Bohnsack store building at 19 North Main street, was completed today. An announcement in The Missourian today said a formal opening in the new location would be held Saturday. 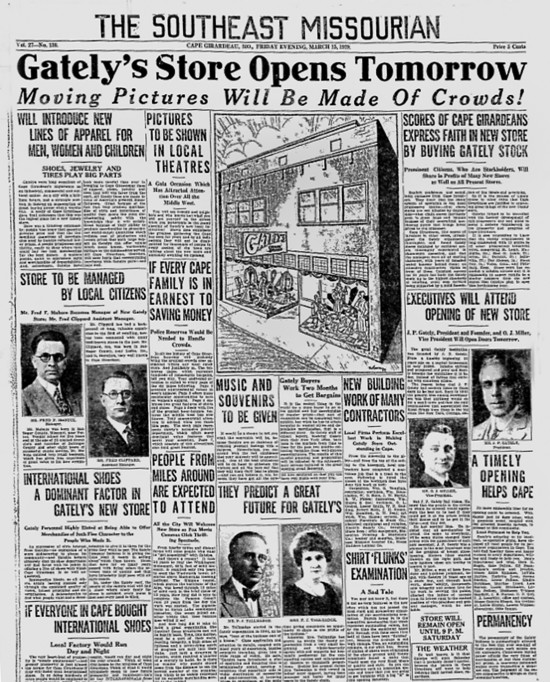 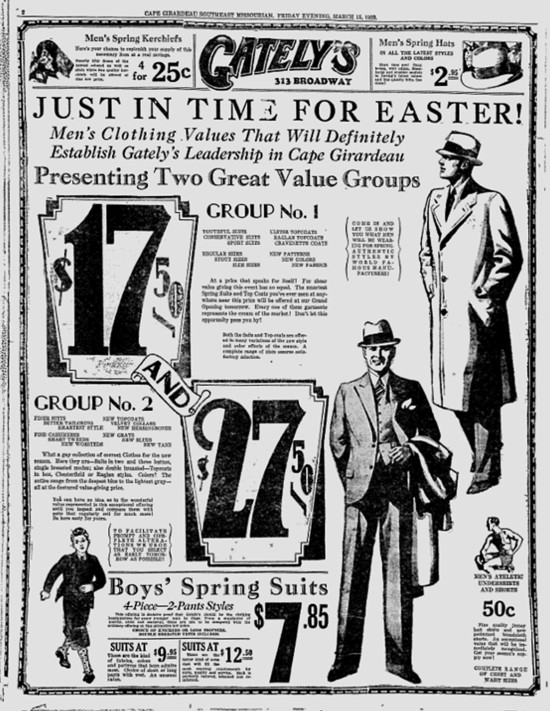