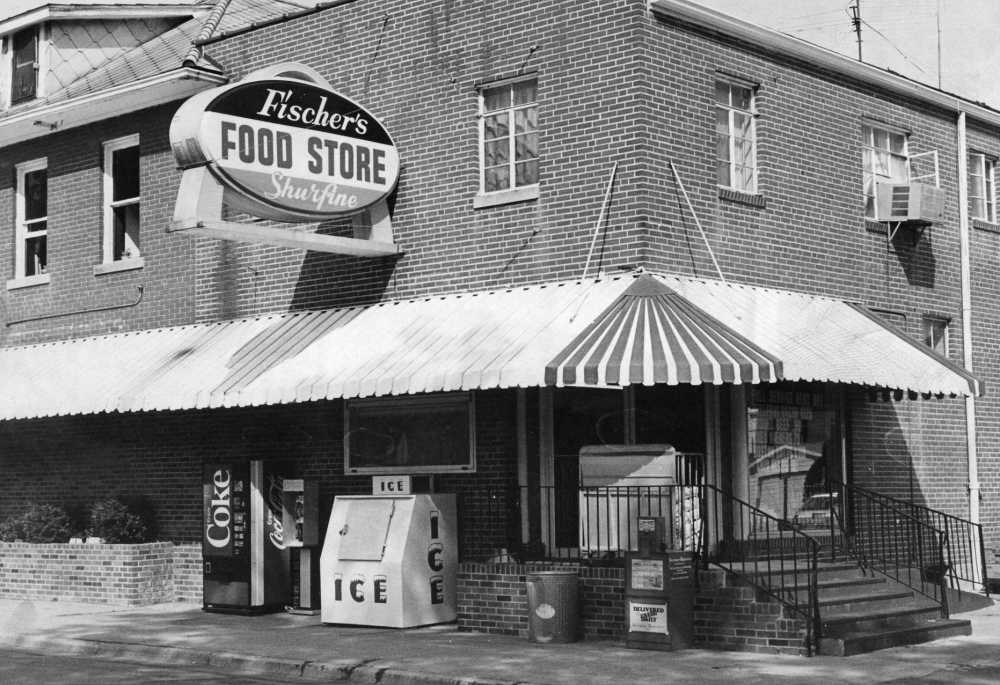 Arthur M. Fischer has purchased the two-story brick building at 298 North Boulevard, the ground floor of which he has occupied the past five years with his retail grocery, Fischer's Market. The purchase of the building was made from Mrs. Carl Umbeck, whose late husband erected the structure and for years operated a grocery there. Mr. Fischer bought the grocery business from Mr. Umbeck when the latter retired.

Mr. Fischer also purchased a vacant lot adjacent on the south to the store, the entire property having a frontage on West End Boulevard of 135 feet and a depth of 132 feet. Mr. and Mrs. Wm. Klaproth, who recently sold their frame dwelling at 1318 Perry avenue to M.G. Campbell, have moved into the second floor apartment.

In 1922 we were the first to provide a combination grocery and meat market to the people of Cape Girardeau, under the name of Miller & Fischer. Now 48 years later, Mr. Art Fischer invites you to come visit his newly remodeled and carpeted market; Fischer & Son A.G. Market, Boulevard and Harmony.

J. Ronald Fischer, owner, recently acquired the building housing, the outlet from First National Bank Trustees. The structure was originally erected many years ago by the Juden interests to house an A&P food store, this outlet later moving to 2121 William.

Fischer's Market to close after 50 years

A neighborhood grocery store, which opened more than 50 years ago on North Boulevard, is closing its doors.

"You might say that Fischer's Market has run its course," said J. Ronald Fischer Jr. "The small neighborhood grocery store has a difficult time staying afloat.

"One of the most important things in the grocery business is buying," he added. "A store such as ours is at the top of the buying scale."

Fischer and his dad, J. Ronald Fischer Sr., have been operating the store.

"My dad is getting more and more involved in county and city affairs," said the younger Fischer. "We can't really afford to pay someone to run the store and it's too much for a one-man operation."

The younger Fischer said today that the store would phase out of the business gradually.

"We'll probably start giving some discounts later this week," he said. "We don't have to be in a big hurry."

Here are more blogs about grocery stores in Cape Girardeau: