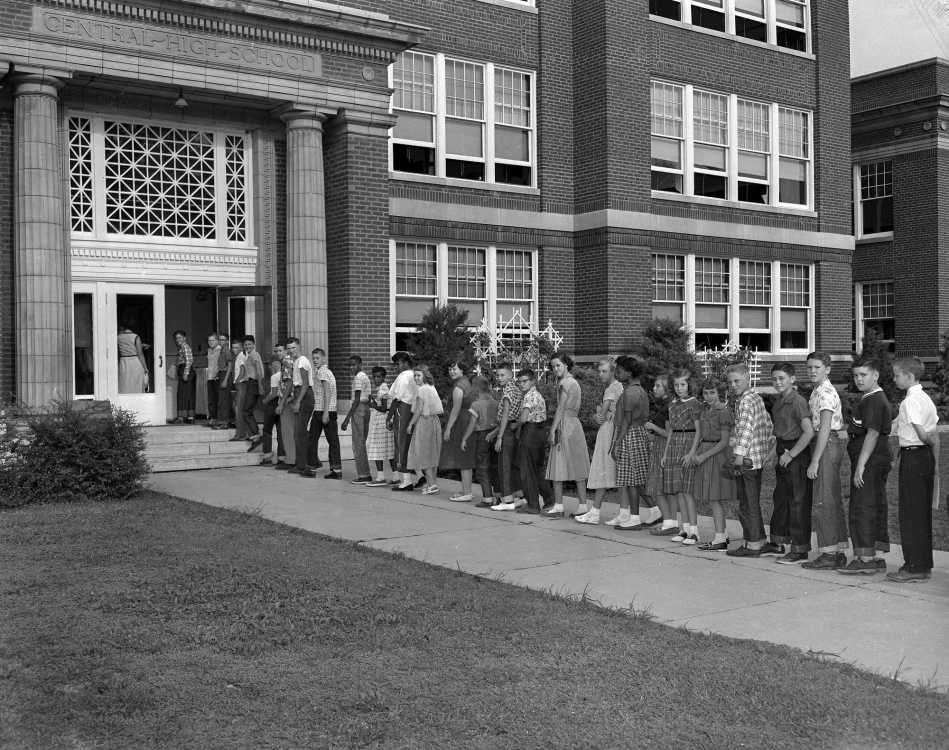 The former Central High School, built in 1915, became the junior high when the new high school building on Caruthers Avenue opened in 1953. On Oct. 24, 1965, the junior high building was rededicated as Louis J. Schultz School, housing a seventh-grade center. In 2002, Schultz School closed. The building is presently Schultz Senior Apartments.

Integration of Negro and White pupils went into effect for the first time. Mr. Schultz said there were 36 Negro pupils enrolled at Jefferson School, which was retained on a voluntary basis for any children who wished to go there. A total of 23 Negro children reported at Washington School, 24 at Central High School, nine at May Greene School and two at Lorimier School.

Greatest increase in enrollment was at Franklin, where 69 more pupils were present than on opening day a year ago. Extra rooms have been partitioned there to provide additional space and the kindergarten class was limited. Central High School showed an overall increase of 33 pupils.... 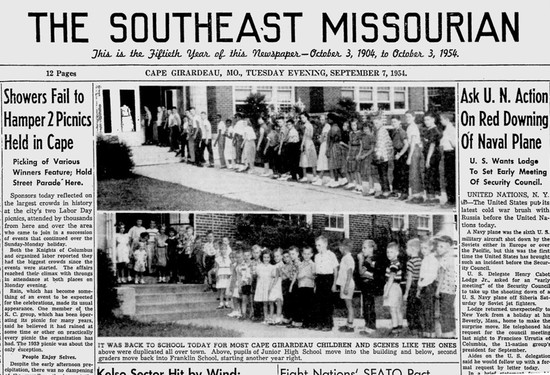