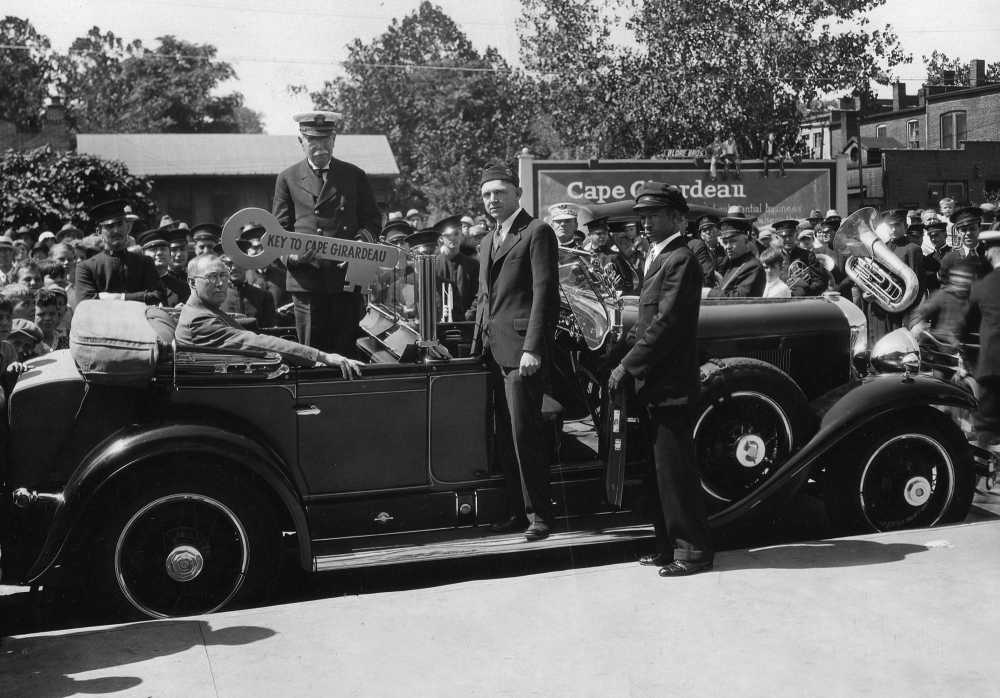 John Philip Sousa was given the key to the city of Cape Girardeau upon his arrival here on Sept. 14, 1929. Presenting the key was Mayor James A. Barks, seated in the car. Standing on running board is Ed Bauerle. A large crowd greeted Sousa and his 85-piece band at the Frisco passenger depot.

Record Crowd Hears Sousa and His Band in Concerts (excerpt)

Playing before two record crowds, each including persons from virtually every Southeast Missouri county, Lieut. Commander John Philip Sousa and his band in concerts in Cape Girardeau Saturday did the expected--presented two of the most pleasing musical programs the city has known.

In the afternoon at a free concert for the children of Southeast Missouri, the greatest bandmaster delighted a throng variously estimated from 7500 to 10,000 persons. In the evening he played to a capacity crowd in the Teachers College auditorium.

The crowd at the afternoon concert was perhaps the largest gathering of children in the district's history. They came from far communities, some of them in trucks with their teachers, and some in automobiles of their parents. Every community in Southeast Missouri was represented, and those attending went away highly pleased.

Lieut. Commander Sousa and the band were met at the Frisco railway station by the American Legion drum and bugle corps, the Cape Girardeau Municipal band, the Ste. Genevieve juvenile band, and citizens. The bands and drum corps donated their services for the occasion and they were highly commended.

Because of the fine work of Chief of Police H.F. Wickham and his staff of patrolmen, traffic, while heavy, was handled without difficulty, although it was the heaviest since the bridge dedication a year ago. After the afternoon concert, officers were stationed at strategic street intersections to direct the many automobiles, and the same work was effectively carried out after the evening concert.

Sousa and his band, after spending Saturday night in the city, left at noon Sunday for Decatur, Ill., where they will present a concert tonight. The weather was perfect for the occasion, just cool enough to be pleasant. Especially in the afternoon, were conditions favorable for the crowd which heard the open air program.

John Philip Sousa and his band of 85 men came to Cape Girardeau on a special train from Eureka Springs, Ark. and gave a free concert on the State College campus Sept. 14, 1929, as a compliment from the business interests of Cape Girardeau to the school children of the entire district. That night a typical Sousa concert was given in the college auditorium to a packed house, and it was unanimously declared the most brilliant event in the history of the city. How many thousand children and adults were on the campus for the concert will never be known, but the place was packed. It was the third time in his history of 37 years that a Sousa concert had been given free. Local contributions paid for the free concert.

In 1925, The Missourian announced that it had been successful in getting a contract for a Sousa concert, after trying for five years, but in the end it was not carried out. Not despairing, an effort was made every year to get the band so the children of the district could have the opportunity of seeing and hearing the world's greatest bandmaster and popular composer and finally success was achieved. The concert was The Missourian's "annual classic" for Southeast Missouri. 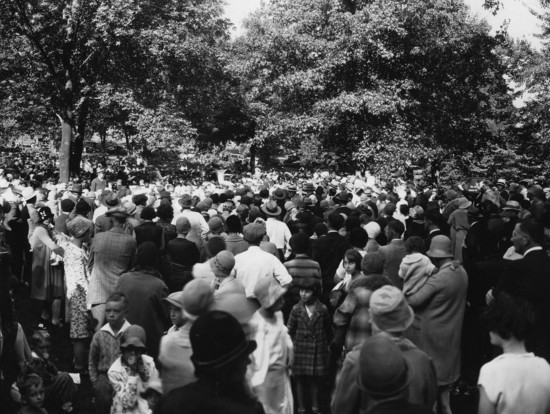 John Philip Sousa gave two concerts while in Cape Girardeau. The first was the afternoon of Sept. 14, 1929, on the campus of the Teachers College. A large crowd attended the outdoor concert, pictured here. A second concert was given that evening in the college auditorium. 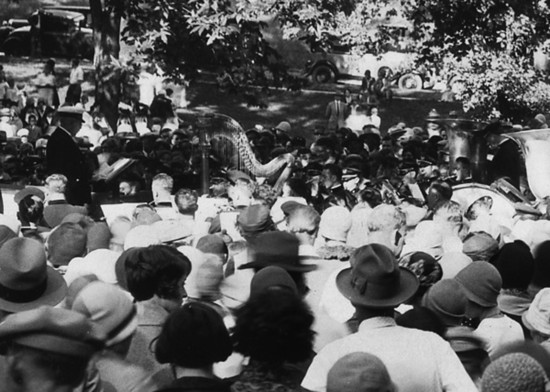 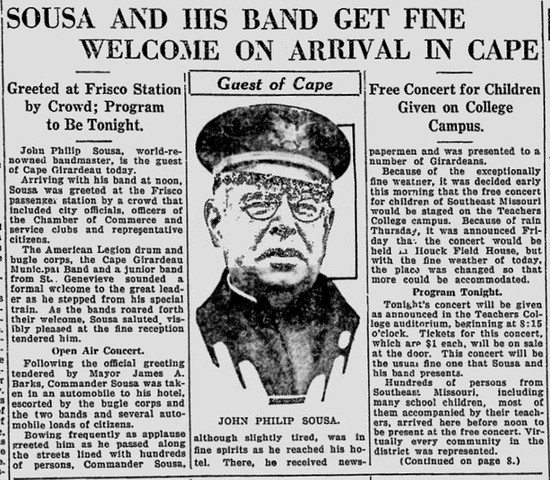