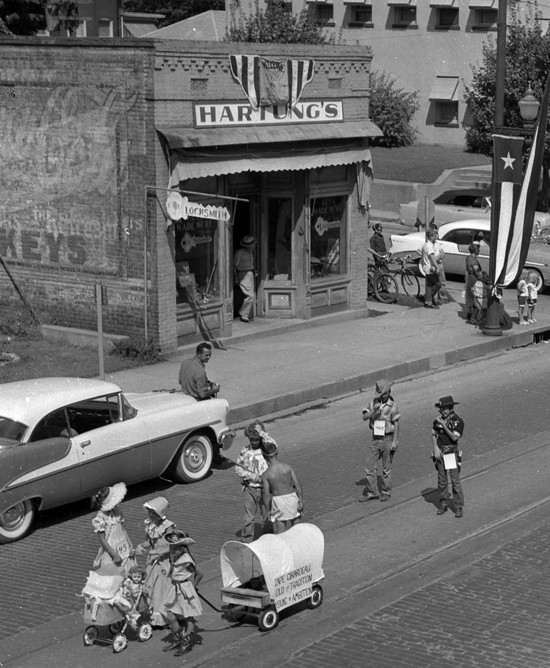 Hartung's began as a locksmith and gunsmith business by Gottfried Hartung in 1888. This photo by G.D. Fronabarger shows a later building, built in 1900, that was taken during the Cape Girardeau Sesquicentennial celebration in 1956.

The next month, the vacant building on Broadway was damaged when a car was knocked into the structure. The building was torn down and a gas station was built on the site. Star Service Station opened Dec. 3, 1965.

From the Morgue by Sharon Sanders: