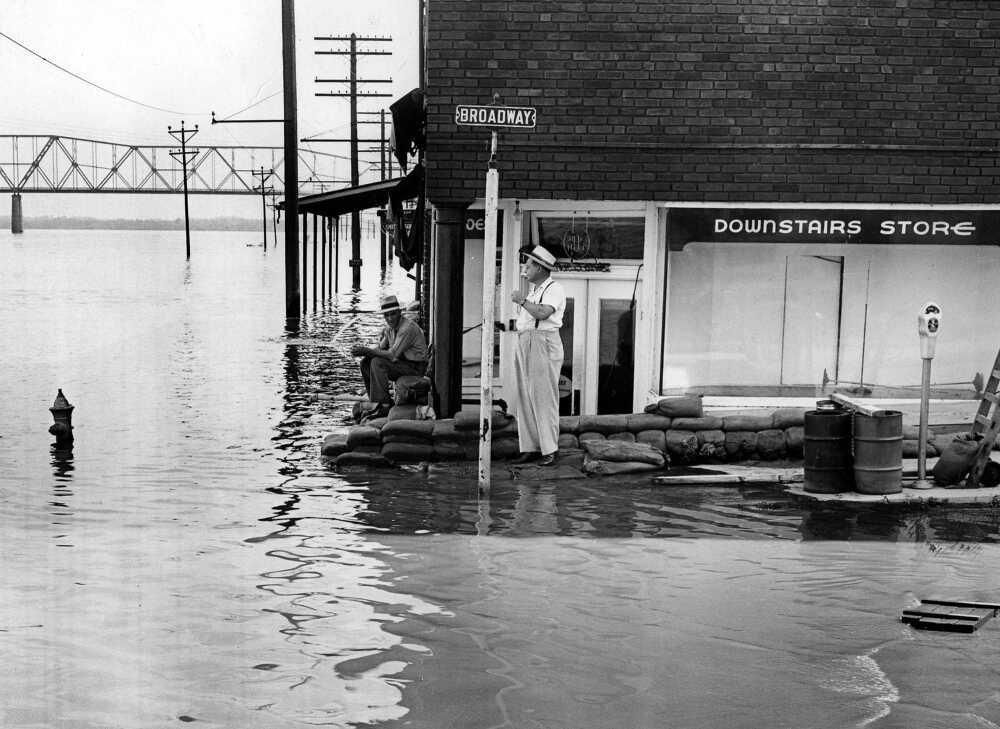 These photos were made when river had reached its highest stage, 41.8 feet, of its current rise. They were made to preserve as a matter of record, showing as they do the effect of the high water in a part of the downtown river section. The photo above shows the corner of Broadway and Water Street where sandbags protect the basement store of the Buckner-Ragsdale Co. The photo below shows how far the water invaded the block of South Main street, between Independence and Themis. (G.D. Fronabarger photos) 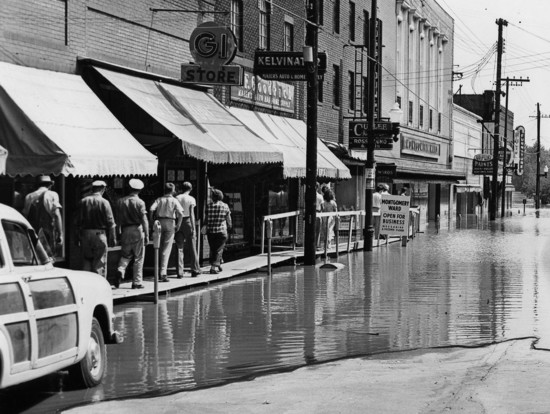 Somewhere between Cape Girardeau and Cairo, Ill., the big flood of the Mississippi is running out, and somewhat of a mystery could be made as to where all the water is going.

When the river reached its highest mark of 41.8 feet here this week, it was by comparison a mere trickle at Cairo, where the stream joins the Ohio. Yet, at Commerce almost midway between the two towns, it was up in the streets.

The Bird's Point floodway seems to be in no danger of a flood. It is getting some little backwater through the south end of the spillway sector, but its chief damage now is being caused by surface water brought by excessive rains.

It Could Be Different

The stage of the river at Cairo is only 40 feet, while it takes from 52 to 55 to cause concern in the floodway area. Cairo itself can withstand a stage of 60 feet or higher.

Solution to the apparent mystery as to the disappearance of the flood water appears to lie in the fact that the stage of the Ohio River has been low. Fortunately this has always been true in the past. When the Ohio floods the Mississippi is low, when the latter runs wild, the Ohio is docile. However, the question is will it always be that way?

This previous blog contains more links to flooding photos by G.D. Fronabarger, as well as an audio slideshow of Frony talking about the floods: