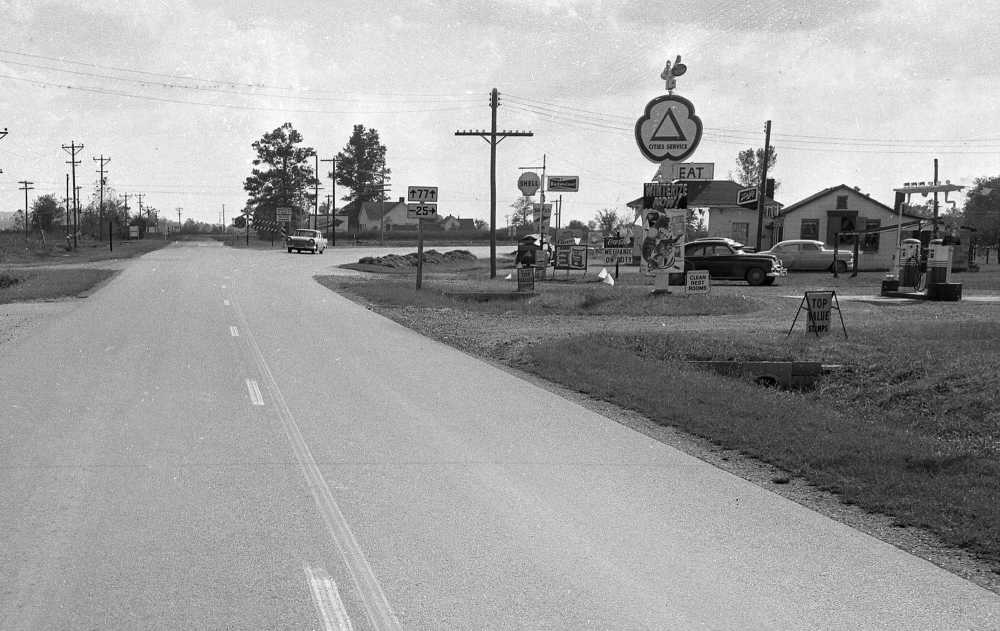 The Blomeyer junction is shown looking south on Highway 25 with the Cities Service station, probably in the late 1950s. (G.D. Fronabarger photo)

A Grand Opening date will be announced in the near future.

Bumgardaner, prior to his employment at Wiethop's, operated a Cities Service station for a number of years at Cottage Hills, Ill., and is experienced in the field of automotive mechanics and filling station management.

He is a Navy veteran of World War II and served a lengthy tour of active duty in the Pacific Theater.

He invites his many acquaintances to stop in and see him at his new business where they will be assured of prompt, courteous and efficient service in all their automotive and mechanical needs.