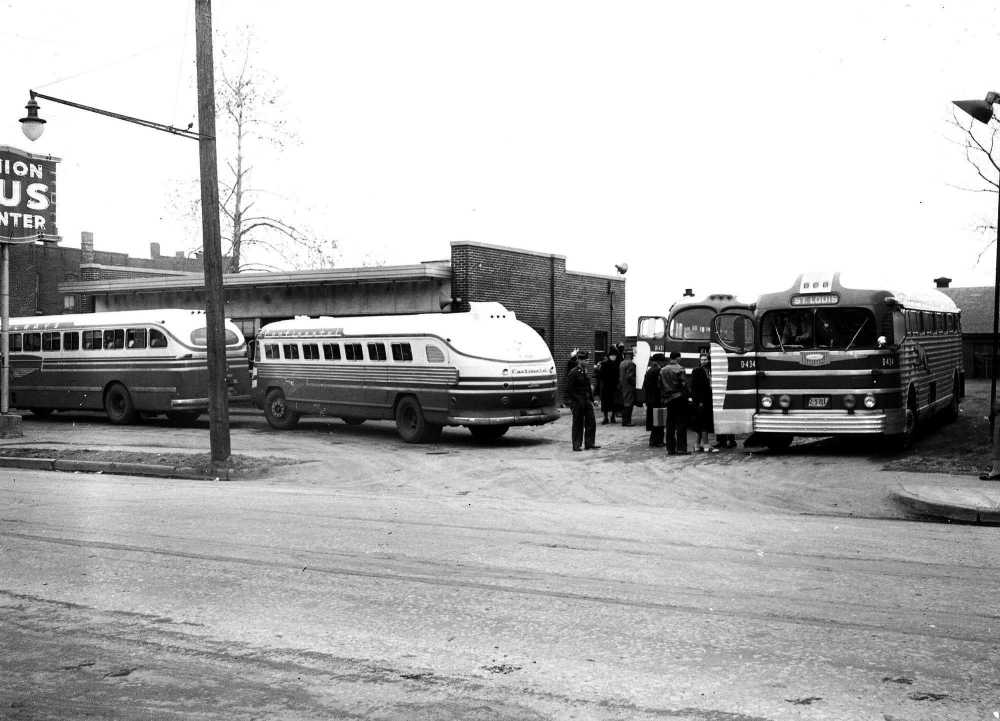 All buses load and unload off the street at the new terminal so as not to hamper traffic. Loading platforms are located on the west (front) and south sides of the structure. The lot also contains space for taxicab parking. The building has a 50-foot frontage and is 32 feet in width.

Greyhound moved its offices Sunday night from the building at 735 Broadway it had occupied since 1942 and on which it has a lease. The Broadway building has been sub-leased by Greyhound to C.L. Houser, who had the ticket office and restaurant, and who will now operate the Dixie Dairy Bar and restaurant in the location. The structure, owned by Anton Haas, has a Broadway frontage of 35 feet and is 100 feet long.

The site is now the Bel Air Grill. 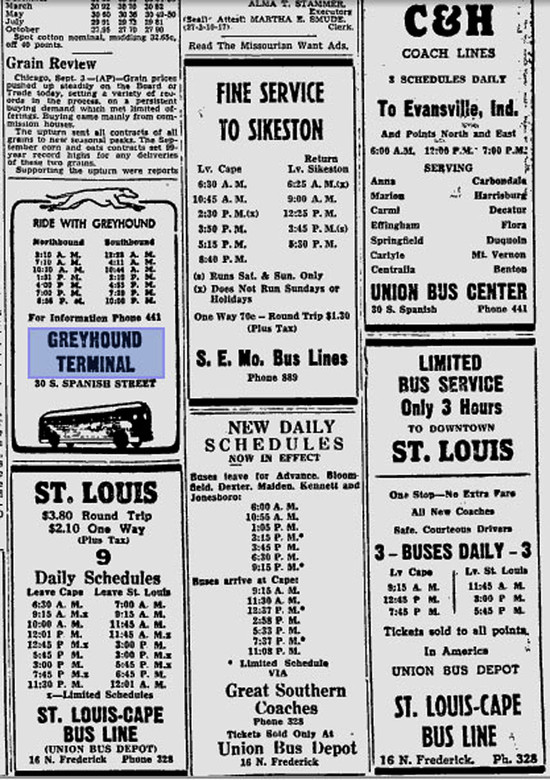