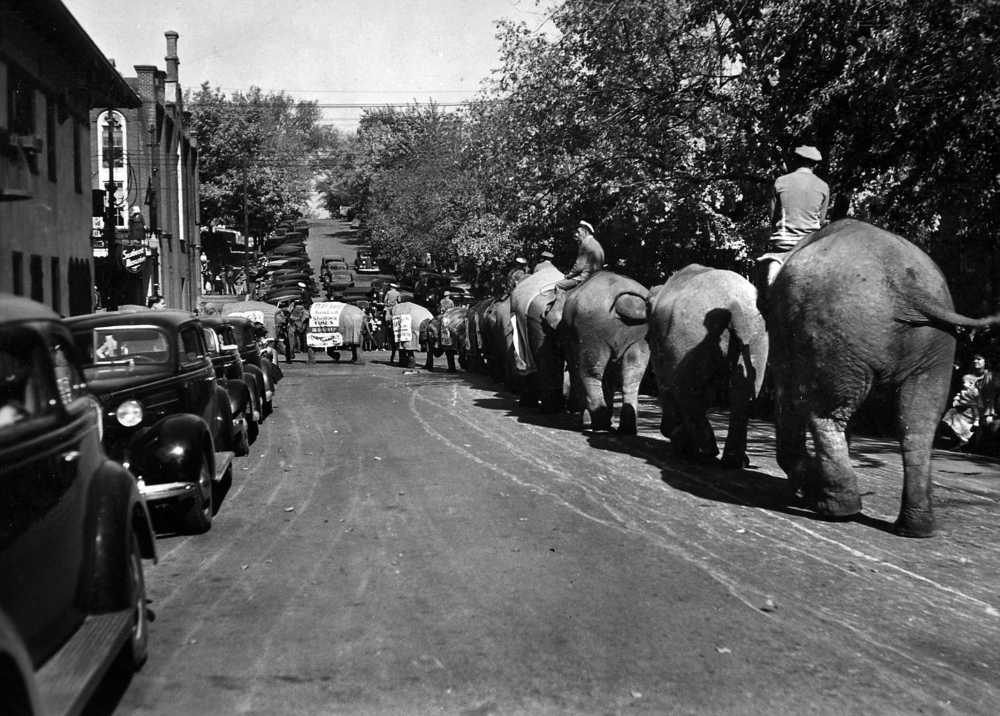 Elephants with Cole Bros. Circus paraded north on Lorimier Street and turned west onto Broadway, as they made their way to the Fairground Park, Oct. 25, 1937. (G.D. Fronabarger photo)

Arriving early Sunday over the Frisco Railroad, the Cole Bros. Circus will set up at Fairground Park and will present two performances Monday. For the first time in many years there will be a street parade with the circus. The parade will leave Fairground Park at 10:30. The afternoon performance will be given at 2 o'clock, the night one at 8 o'clock.

R.B. Dean, press representative, said the show will meet its weekly payroll here, paying the performers as well as the workmen. There are 1080 people with the show.

The train will unload at the foot of Broadway, under preliminary arrangements, but this may be shifted to the Missouri Pacific tracks on Independence street, where the loading will take place.

Leaving here Monday night the show will be at Cairo Tuesday and at Paducah, Ky. Wednesday closing the season at the latter place. 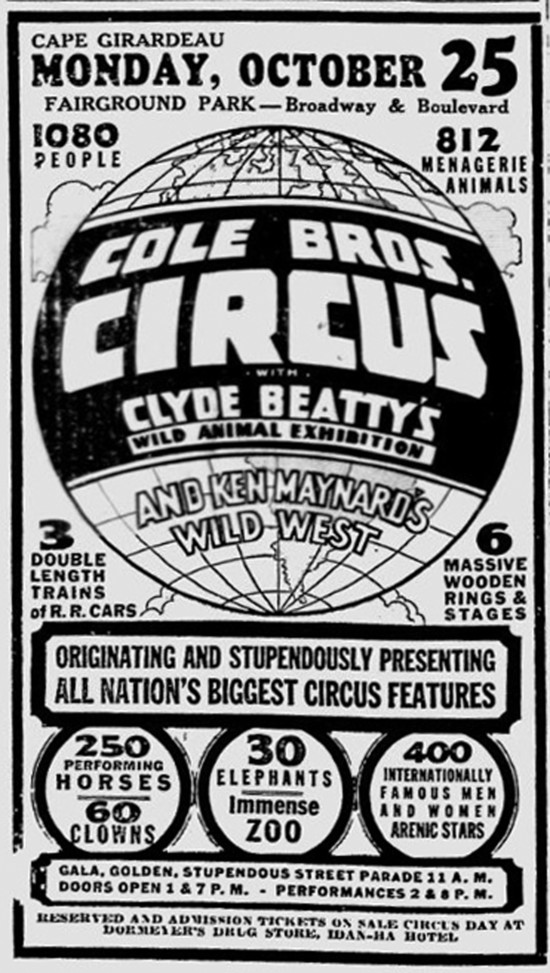