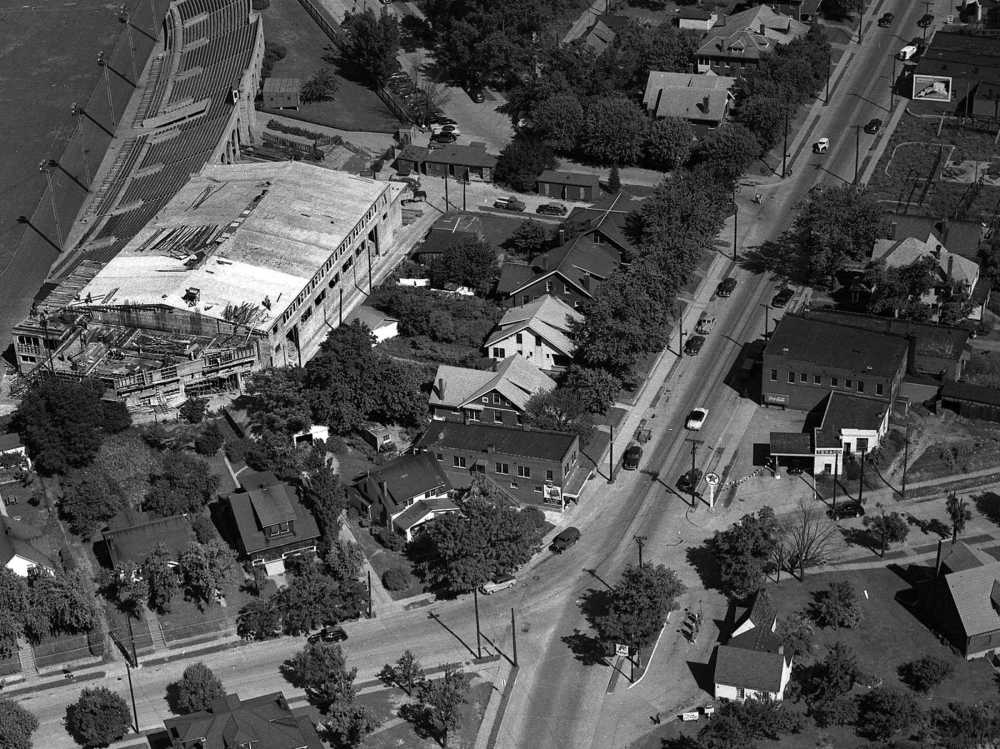 G.D. Fronabarger took this aerial photo of Broadway with Houck Field House under construction in 1950. The original building burned Feb. 17, 1948.

The building to the east of the Texaco station would become Wimpy's Wigwam in 1962, opening in the former Kilgore Drug Store and Restaurant. In 1968, Pagliai's Pizza would open there.

Sharp eyes might see the old streetcar rails running down the middle of Broadway. They were paved over in 1968.