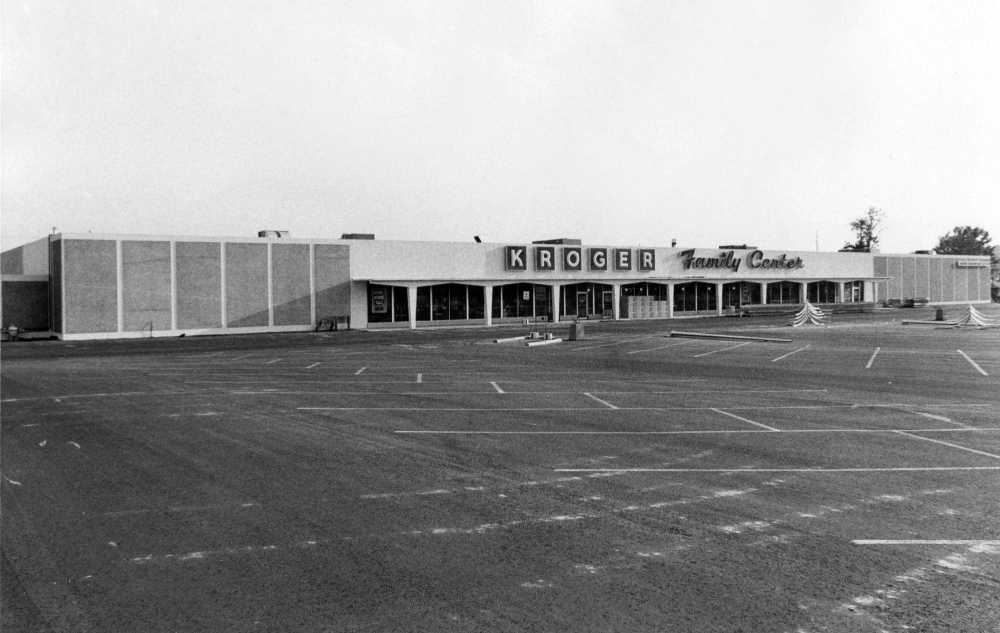 The huge 54,000-square-foot facility "transformed a recent wasteland of junked automobiles and tangled vines and trees into one of the attractive affluences of a modern city," wrote G.D. Fronabarger in his business column of June 9, 1969.

In 1976, the store was expanded and called Kroger Sav-On.

The building was razed in 2013. No businesses had operated in the center for nearly eight years prior.

[On Jan. 28, 2015, Walmart Neighborhood Market opened on the site. The 41,000-square-foot grocery store joined others in the area including Ruler Foods, ALDI and Schnucks.]

Kroger operated a grocery store at 724 Broadway in the 1950s and earlier.

Kroger closed this store in 1960 and opened a new supermarket at 2148 William in the Town Plaza Shopping Center.