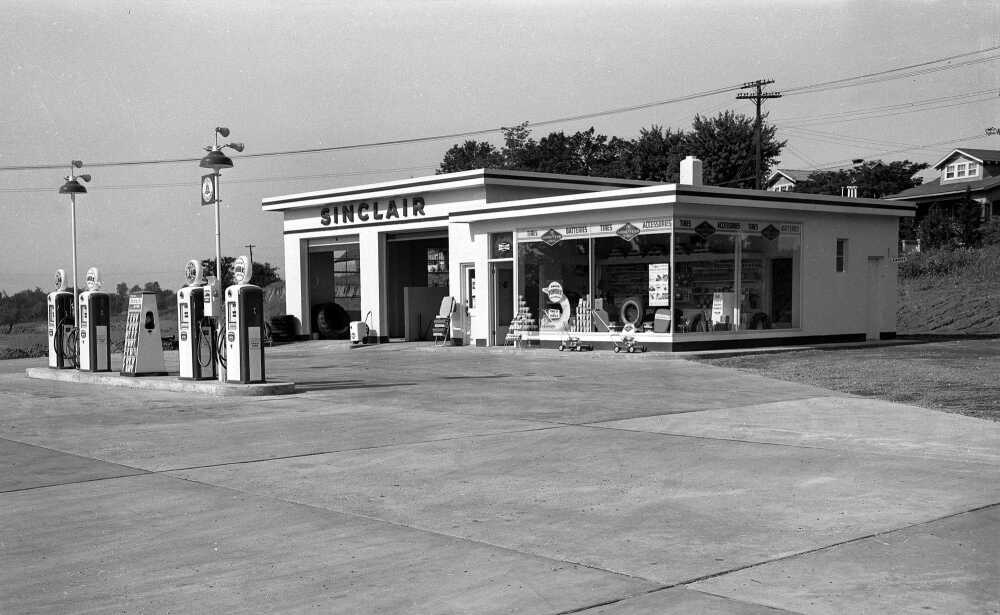 Sinclair to Build Station on Highway at Edge of Girardeau

The Sinclair Oil Co. has taken a lease on a tract of land near Broadway along Highway 61 formerly occupied by the Palms and another small building and will erect a large, Florida type service station there.

Charles Huckstep, distributor for Sinclair, said full details of the development are expected soon. In preparation for construction, the Palms, a beer establishment, has been demolished and work is underway tearing down the small adjacent building, once used as a filling station.

It is expected that the large hump at the north end of the property, adjacent to the entrance of Arena Park and along Broadview street, will be graded down. Contract for the building construction has been let to Elbert Masters of Jackson, who is building two other stations for Sinclair in the company's East Prairie territory.

New Station-- Formal opening of the new Sinclair Refining Co. retail filling station on Kingshighway (Highway 61) near the Broadway intersection will be held in May, Charles Huckstep, district marketer for the company, said today. The station, which has been leased to Cecil Pletcher and Keith Haynes, has been opened for business. Special comment has been made as to the appointments of the station, the operators said, particularly the restrooms.